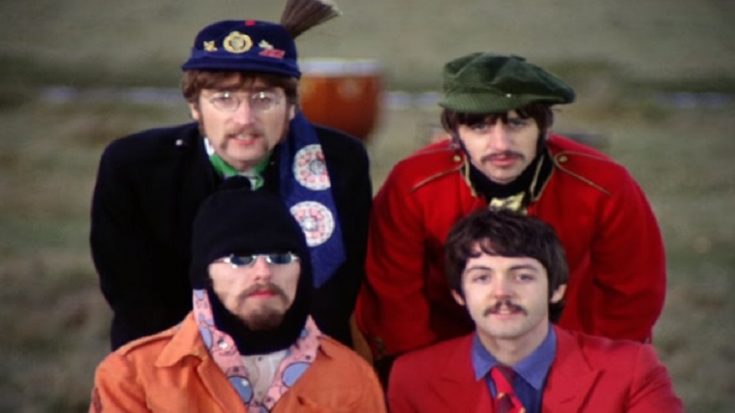 Disagreements are quite normal, that’s the rule of life. Though preferably, it’s best to keep the shouting all amongst yourselves for fear of scandal. But when you’re as huge and popular as The Beatles, it’s quite hard to keep something as personal as fighting since all the camera lights are glinting in your direction. Though they did keep some of the squabbles in the dark, the tension between them as time went by seem to have swallowed the chemistry between the Fab Four.

During the recording session from the group’s White album, the drummer seemed to have lost his connection to the members. Reportedly at that time, sessions for the Abbey Road have sparked tension when the rest of the group have recorded songs without Starr’s presence. Insecurities poured out when he noticed that Lennon, McCartney, and Harrison appeared to be happier as a trio than being together with Starr, the reason why he left the group. Fortunately, the differences were sorted out and Ringo came back to the studio with his drums all decorated in flowers.

George Harrison allegedly had a “fistfight” with John Lennon

George Martin was the first one to say that the duo had a fight behind the cameras. Harrison had denied it, but Martin said that it was hushed for the notion that arguments should be kept below the spotlight, in fear of ruining their reputation. The cause? Harrison was starting to be recognized as a great songwriter, which made Lennon jealous. Harrison then was extremely tired of seeing Yoko Ono’s presence inside the studio, which angered Lennon even more. The altercation made Harrison think twice about the group and decided it was best to leave. Lennon kept on insisting to replace Harrison with Eric Clapton, an idea opposed by Paul McCartney and Ringo Starr. After 10 days without Harrison’s skills inside the studio, the trio then decided it was best for the shy Beatle to come back.

And the list would not be completed if this power duo’s infamous feud throughout the years would not be mentioned. It is quite easy for Lennon and McCartney to have disputes all over the place, due to the idea that they were the first ones to get on each other’s nerves while writing new compositions. The string of arguments between the two has yet to reach its peak, even after the post-Beatles era. A lot of reasons have been laid, with McCartney executing more dominance than Lennon (both of them should be equal), and Lennon’s growing attitude that was intolerable with heroin use. The feuds were also present during the band’s rehearsals when Lennon once called McCartney’s music “Grandma’s song”. McCartney almost punched him with that statement. The duo would continually share opposing statements against each other, with them writing bitter songs correspondingly. Luckily, as time healed the sorrows of the two, they eventually reconciled before John’s untimely death in 1980.