The 20 Greatest American Rock Bands That Ever Existed 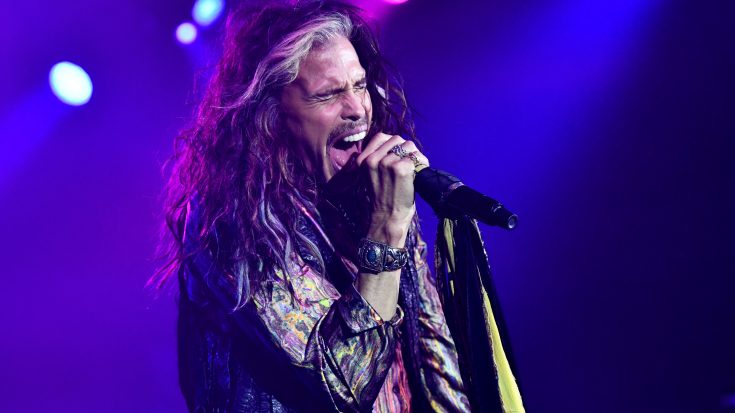 It is in America that the heart of Rock and Roll truly flourished. The vast range of American artists gave us different styles that cemented the success of the genre and revolutionized its history. Formulating a list of the 20 greatest American rock bands is no easy task, but we’re up to the challenge! Just remember that each of our preferences is subjective, and you may not always agree on who’s included. Check them out below.

Becoming a part of rock’s two greatest bands – Nirvana and Foo Fighters – is what made Dave Grohl a true rock legend. Foo Fighters was supposed to be a one-man band, but eventually grew bigger and changed the landscape of modern rock music from then onwards.

Carrying with them their distinctive tune and music style, the Velvet Underground established themselves as a chaotic band in a good way. They never received any mainstream success, but you’d be surprised with how many artists they’ve influenced over the years.

Fusing different styles of music and making it all on their own, Red Hot Chili Peppers remain so iconic despite numerous lineup changes and different problems, especially with the members’ drug addictions. They’ve recorded a lot of smashing hits in their catalog along with impressive commercial success.

It was George Clinton’s psychedelic spaceship that the 60s became well-acquainted with the newly emerging style. The first of Clinton’s group to do that was Parliament, then changed to Funkadelic afterward.

From rags to riches, it was a successful moment for the rock band KISS to establish their fame with their legendary songs and impressive catalog. But don’t go hating them though, they’ve managed to push through different styles of music, which made them retain their popularity status.

No, we’re not talking about Vincent Damon Furnier aka Alice Cooper, we’re talking about the group he established together with his members, delivering a distinctive, hard-hitting sound that made them so iconic today. Not only that, but they’re also well-known for their theatrics on stage, which is cool to watch.

Who could ever forget the Grateful Dead? One of music’s well-beloved rock bands who are masters of long jams. They’ve incorporated their music with folk, blues, and psychedelia, and they are also a fan favorite.

The 70s reign great with southern rock and among those that truly shone at the moment was Lynyrd Skynyrd. Together with the old crew, they’ve established the roots of southern flavored rock anthems with their hits “Free Bird” and “Sweet Home Alabama.”

They are among rock’s most disruptive groups, and pioneered the image of a “disastrous band.” But GNR was so much more than their public image, their fusion of hard rock to anything ordinary made them so special in terms of commercial appeal.

Metallica fostered themselves around the bands such as Judas Priest, Black Sabbath, and Motorhead which led them to develop a fusion of different patterns and structures of music – all while holding their originality tight. You can easily be a fan of this rock band if you like rock music that much.

The origins of the formation of the rock band Eagles were rather unconventional. Both Don Henley and Glenn Frey did it so they can earn more money – and they certainly were right about that one. Over the years they’ve established their legacy with dozens of classic tunes, including the incredible “Hotel California” song.

They’re pretty much the same from the beginning; three guys with long beards, three chords frequently used, and three fantastic players of their instruments. ZZ Top became an important figure in America’s image of rock n’ roll – and they did it with on fleek.

Over the years, Aerosmith proved to everyone that longevity is sometimes the key to your everlasting fame. The band has adapted and readapted to the cruel ways of the music business, thus cementing their status even to those new generations of young listeners.

Tom Petty and the Heartbreakers

They captured the American dream the moment they start living in on. They didn’t receive success on their first try Tom Petty and the Heartbreakers had to pay their dues first before landing on a decent label and gave them the chance for success.

When punk rock emerged itself in the 70s, no band was ever more influential than the Ramones. Their mark in the world of music is extremely influential, ranging from their contemporaries down to newer generations of bands.

In a swift moment, Creedence Clearwater Revival built themselves a massive following to their unique sound, especially when psychedelia ruled the kingdom of music. For 4 years, they shared with the world their 7 albums that were essential as a revolving piece in our history.

The Doors captured the real sound of acid rock during the height of their fame in the 60s. Frontman and bandleader Jim Morrison was ever-charming and poetic on stage, which made them so appealing and iconic.

You shouldn’t call yourself a fan of American rock bands without knowing the existence of the continent’s finest jam bands of all time. Formed under the leadership of Duane Allman, they’ve established a fantastic repertoire of iconic live shows which showcased their skills in long jams.

If the British had The Beatles to thank for their pop influences, in the US, they had Beach Boys. For years and years, the Beach Boys gave the world the almighty harmonization and well-written lyrics courtesy of music genius, Brian Wilson.

Van Halen was the real saviors of hard rock, reviving the once-forgotten sound on the verge of disco and pop’s success. Not only that, but the band sprouted a real rock hero – Eddie Van Halen, who drove them to immeasurable success.