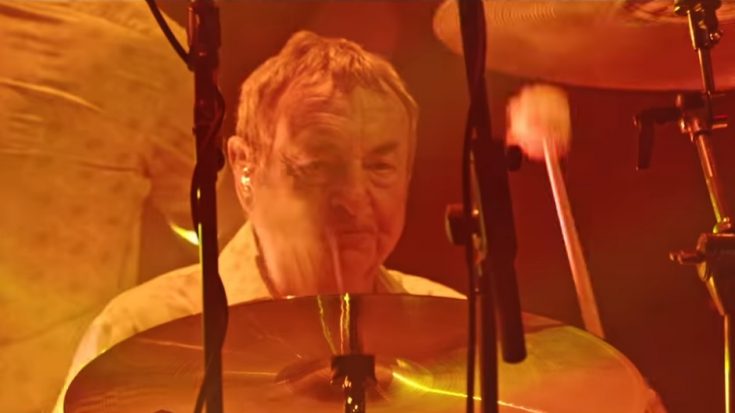 Picking the songs of your life is no easy task and if you’re a member of a legendary band, chances are, every song you labeled as a favorite will go down in music history. With Nick Mason, the stunning drummer of prog-rock heroes Pink Floyd, these tracks that he speaks of fondly are a vested interest to every drummer who aspires to be like him.

Music makes Mason’s life go round. With his effective drum approach that never steals the spotlight from those of the guitar, bass, or the keyboards, Nick’s subservient playing is useful in building the proper arrangement of songs. His three other members would never have to worry about their instruments becoming dominated by the sheer power of drums. But that doesn’t mean that Mason’s play is menial; in fact, he’s among the greatest and most underrated rock drummers of all time, playing to all of Pink Floyd’s albums for over six decades and managed to be the only constant person who has become a part of all the band’s albums.

Inside his visit to BBC Radio 2’s phenomenal program named Tracks of My Years; host Ken Bruce didn’t miss the opportunity to ask him what songs completed Mason’s life. The drummer’s top 10 favorites were a diverse selection of songs, ingrained in the idea of how it became inspirational to him and not because he just liked listening to them.

Mason cited two of the band’s songs as his favorites: their early hit “See Emily Play” and “Wish You Were Here,” a tribute to Syd Barrett. He also liked Jimi Hendrix’s brilliant cover of Bob Dylan’s song, “All Along the Watchtower” for two reasons: He adored Jimi Hendrix’s amazing play and Bob Dylan’s poetic lyrics. A Joni Mitchell classic was also picked Mason, which was “Big Yellow Taxi.” He appreciated Joni’s writing and praised it as a “really good song.” Crosby, Stills, Nash & Young’s “Woodstock” was also noted.

The drummer also mentioned an obvious band pick The Beatles, but not with the choice of the underrated song, “Lovely Rita.” Mason explained: “I put this in because it was such a great moment for us, we were recording our first album in Abbey Road,” he said. “We were in studio three recording The Piper at the Gates of Dawn and down the corridor, The Beatles were recording Sgt. Pepper. There was an invitation to go and visit the gods on Mount Olympus.” For him, the opportunity to watch the greatest album of all time unfold right in front of him was magical, and if it weren’t for The Beatles, skyrocketing album sales wouldn’t have become the norm.

The Who’s “My Generation” was also his pick, saying that Keith Moon, the band’s drummer, became a huge inspiration to him. Mason’s experience supporting The Who in their concerts was altogether wonderful and told Bruce that Moon’s personality was “like having the circus but just in one man.”

You can check out Nick Mason’s picks below.

Jimi Hendrix: “All Along the Watchtower”

The Who “My Generation”

Bruce Hornsby and the Range: “The Way It Is”

Joe Brown: “I’ll See you In My Dreams”

Mike + The Mechanics: “The Living Years”