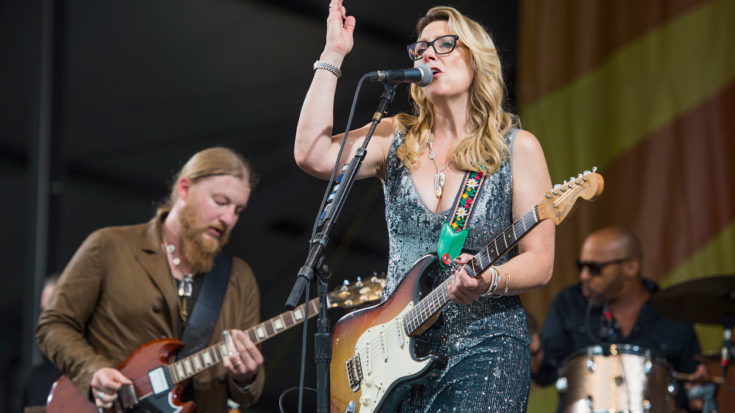 Featured on Neil Young’s 1971 Harvest, “Alabama” is the singer-songwriter’s searing indictment of the South’s long, painful history of racism and discrimination. It’s inspired a spirited rebuttal from Southern rock legends Lynyrd Skynyrd in the form of “Sweet Home Alabama,” but more recently it’s inspired a cover from American blues rock group Tedeschi Trucks Band – one that finds the Jacksonville based act melting “Alabama” down into warm, buttery Southern rock goodness for a generation old enough to remember what once was, yet young enough to strive for a future devoid of its ghosts.

Neil Young Looks Back On “Alabama”

“I don’t like my words when I listen to it today. They are accusatory and condescending, not fully thought out, and too easy to misconstrue.”

Led by husband and wife duo Derek Trucks and Susan Tedeschi, Tedeschi Trucks Band turned their November 18, 2017 performance of “Alabama” at Oakland’s Fox Theater into a winning new recording, polished and full and bearing the hallmarks of everything that makes a cover truly great; “Alabama” becomes a rich, spicy take on the original full of the soul, history and pain of the place for which it was written, Susan Tedeschi’s gentle rasp colored by Derek Trucks’ brilliant guitar work and keyboardist Kofi Burbridge’s twinkling organ playing. As far as covers go, Tedeschi Trucks Band knocked it out of the park for “Alabama” and with the current state of affairs, it couldn’t have come to us at a better time. Check it out in the audio below!