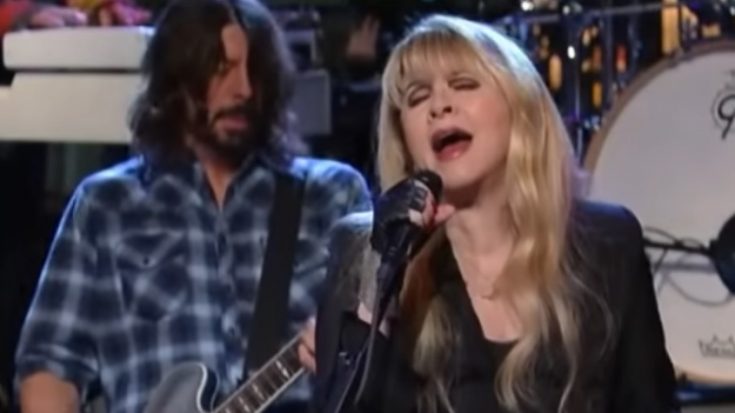 Fleetwood Mac’s siren Stevie Nicks has just unveiled a new song with the help of renowned figures in rock music.

Titled “Show Me The Way”, the cut features Foo Fighters frontman Dave Grohl assuming drum duties while Dave Stewart of The Eurythmics joins in on guitars – with the whole affair being documented by director Cameron Crowe.

The song was inspired by an old dream Nicks supposedly had the night before the 2008 elections, where she saw herself in the company of many politicians and activists known throughout history like Martin Luther King, John F. Kennedy, and John Lewis.

Crowe has expertly incorporated those images with current ones that reflect racial turmoil and nationwide protests that make the song even more emotional and driving. This is Nicks’ first solo in almost a decade and has her join the fight for justice and social reforms, a timely message in these dark times where widespread disregard for human rights has gone on for far too long.