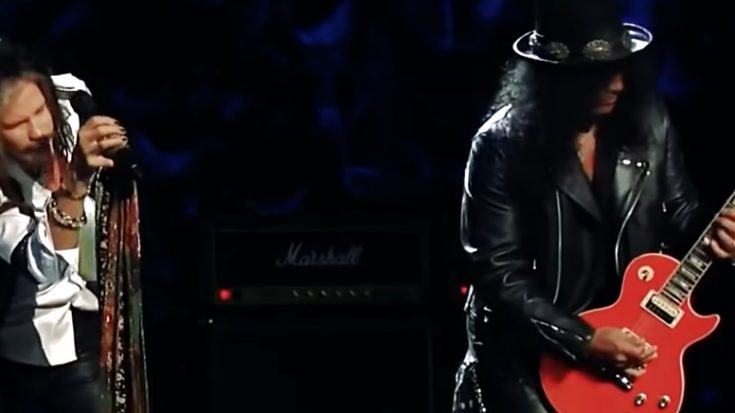 Aerosmith frontman Steven Tyler teamed up with Guns N’ Roses’ Slash and Foo Fighters’ Dave Grohl in an exciting performance of the classic Toys In The Attic cut, “Walk This Way”. This performance was for esteemed DJ Howard Stern’s 60th birthday party on January 31, 2014.

The three did a fantastic live rendition of the 1975 Aerosmith classic with some help from the band Train. Further reports indicate that the trio reconvened for Stern’s high-profile birthday party held at the New York Roseland Ballroom.

Moreover, Stern’s 60th birthday bash also saw performances from The Black Keys, John Mayer, and Jon Bon Jovi. Grohl also did earlier numbers with acoustic versions of “Everlong” and “My Hero” before the “Walk This Way” performance. Late-night show host Jimmy Kimmel presided over the event, while stars and comedians like Sarah Silverman, Lena Dunham, and Louis CK were present to pay tribute to the acclaimed DJ that night.