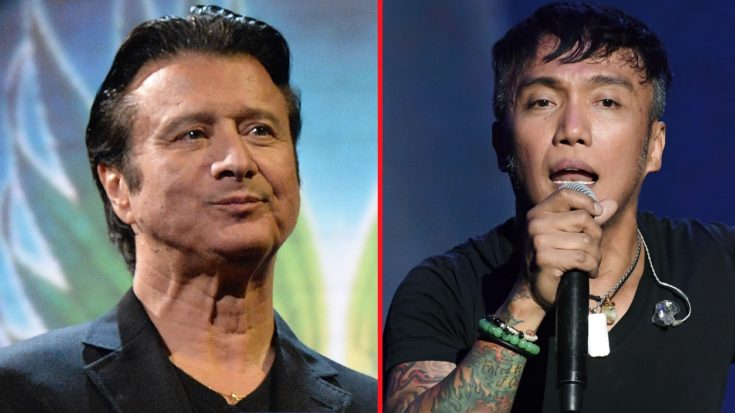 One of the biggest moments in rock & roll history happened last year when Steve Perry appeared at the 2017 Rock & Roll Hall Of Fame Induction Ceremony. It was truly special to hear him speak and give thanks for being inducted, but unfortunately we did not hear him sing with Journey. It was a bit unclear as to why he didn’t sing with his old band at least one more time, but now, over a year later, he’s finally revealed why.

During a recent interview on SiriusXM with Eddie Trunk, Perry talked about many things ranging from his career to his appearance at the Rock & Roll Hall Of Fame. During the interview he discussed why he didn’t sing at the ceremony and it was all in adoration of current Journey singer Arnel Pineda. Here is what he had to say…

At this point it’s no secret that Steve Perry is a fan of Arnel’s, in fact he’s expressed many times how fortunate he is to have him in his place as the singer for Journey. This explanation makes sense, and honestly, to see Perry at the hall and to give a speech was more than enough.

Steve Perry just released a brand new song titled “No Erasin'” which you can hear in the video below!