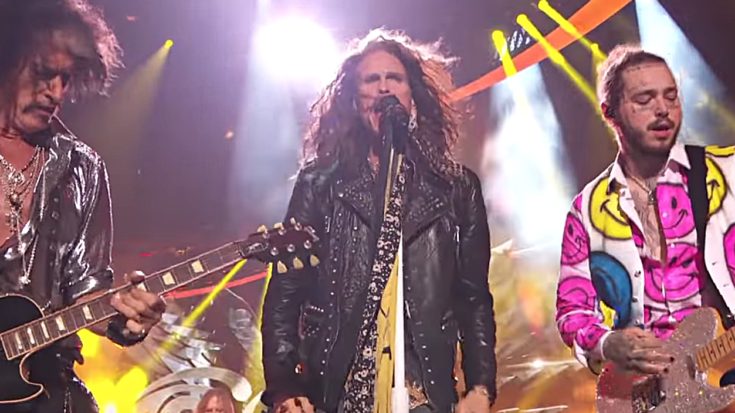 Talk About A Dramatic Entrance!

The 34th MTV Video Music Awards (VMAs) just took place and as you can imagine, even just hours later it’s all anyone is talking about. Not just because of all the celebrity appearances or who won the most awards, but because of just who crashed the party and ended up stealing the show!

During the performance of his hit song “Rockstar”, rapper Post Malone directed the audience’s attention to the band that was just about to crash the VMAs. That band being Aerosmith who Post Malone then joined on guitar to accompany them for “Dream On” and “Toys In The Attic”.

As proven many times before, there’s just no better way to cap off an award show than with a classic rock performance, but what’s truly amazing to see is just how well Post Malone is able to accompany the band during these two songs!