Slash Isn’t Afraid Of Anything – Except For These Ultra Terrifying Horror Movie Classics, That Is 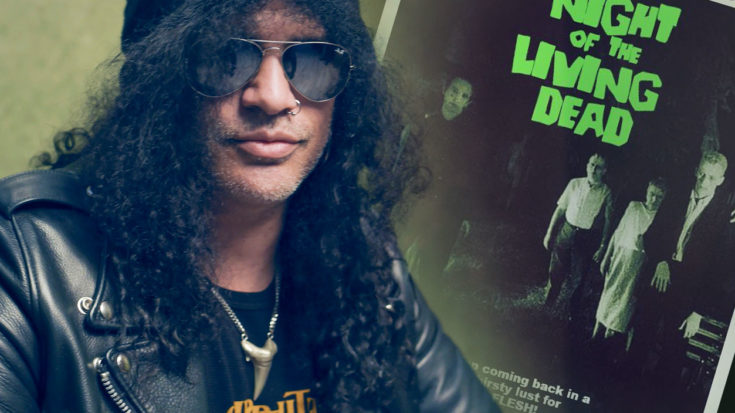 Nothing goes hand in hand quite like rock music and horror movies. Both are excellent at revealing the monsters underneath our beds, teaching us to pay attention to what you’re not seeing or hearing more so than what’s right in front of you, and so it’s really no surprise that Guns N’ Roses guitarist Slash is a huge horror movie fan, even going so far as to write and score his own film in 2013, Nothing Left to Fear.

A lifelong horror movie fan whose earliest experiences with the genre date back to childhood when his parents exposed him to the great horror films of the 50s and 60s, Slash chatted with Rolling Stone about some of his favorites; while some stayed with him for the sheer visual impact, there were quite a few others whose psychological aspects still know how to mess with his head more than 40 years later.

In honor of today being Halloween, here’s a list of 5 classic horror movies that still keep Slash good and scared:

The 1976 horror classic about little Damien Thorn and his horrifying origins is still one of Slash’s favorites more than 40 years after its release.

Starring Gregory Peck and Lee Remick as Robert and Katherine Thorn, The Omen goes down in cinematic history as one of the scariest movies ever made, using the sacred and profane to craft a bone chillingly brilliant tale of strange happenings that manifest on Damien’s fifth birthday. Both exquisitely terrifying and supremely entertaining, it’s no wonder The Omen is one of Slash’s all time favorites!

If being scared and a little grossed out is your bag, then look no further. Master of horror John Carpenter reinvented  John W. Campbell, Jr.’s novella Who Goes There?, which was more loosely adapted as the 1951 film The Thing from Another World, into his 1982 cult classic The Thing starring Kurt Russell. The, well, Thing, described as a “parasitic extraterrestrial lifeform” that assimilates other creatures and imitates them with plans to destroy the earth.

Despite its lower than expected performance in theaters upon its June 25, 1982 release, The Thing has gone on to earn recognition as one of the greatest horror films ever made. Slash calls it “one of the most visually appealing, hair raising horror movies” of all time, and with scenes chock full of fire, explosions, blood and viscera, he’s not wrong.

No self-respecting horror fan can talk about their favorite horror films without mentioning George A. Romero’s seminal zombie flick Night of the Living Dead.

Starring Judith O’Dea and Duane Jones, Night of the Living Dead was far, far ahead of its time upon its 1968 release; shot entirely in black and white with a plot that centers around a black man (Jones) and a young white woman (O’Dea) trying to escape the horrors of the undead as they converge on a tiny, isolated farm, Night of the Living Dead was unique in that it offered up both clever, artfully shot scares as well as social commentary for a generation in the midst of the Civil Rights movement and the Vietnam War.

Roman Polanski’s psychological thriller Rosemary’s Baby is also on Slash’s list, the 2 hour and 16 minute film starring Mia Farrow and John Cassavetes a reminder that if properly executed, horror movies need not be overly gory to scare the hell out of you. Farrow holds the audience captivated in her role as the wide eyed mother-to-be Rosemary Woodhouse, a young housewife who with her husband, Guy (Cassavetes) is gearing up for the birth of the pair’s first child when a series of strange, deeply disturbing events take place in their antiquated New York apartment building.

By the time Polanski is done weaving this tale of modern day Satanism and the occult, nothing is what it seems – and neither are any of the film’s characters.

Linda Blair’s Regan MacNeil still keeps people up at night when they think of the pre-teen at the mercy of something so dark and sinister that only a priest is equipped with the weapons to fight it, the scene where her head is spinning and spewing green bile widely regarded as one of the most iconic moments in cinematic history and certainly in the horror genre.