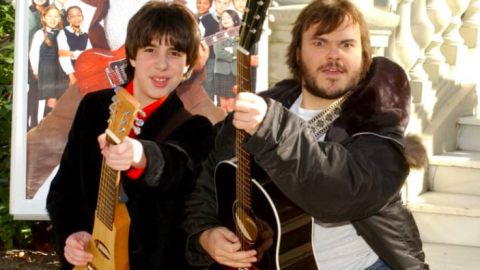 You may remember Joey Gaydos, Jr. as the shy young talented guitarist in the 2003 film School Of Rock. Now 27, Gaydos is facing multiple felonies for allegedly stealing guitars and music equipment across multiple music stores in the last five weeks.

First reported by TMZ, the former child actor asked to test out the instruments and music equipment before snagging them out from the stores without paying. It was claimed that he would drop the instruments at pawn shops and get money to fund his alleged drug addiction. Gaydos is currently in custody for stealing three guitars and an amplifier, amounting to over $3,000 worth of merchandise, including a $1,900 gold Gibson Les Paul. He was arrested four times in different music stores.

Gaydos was most popularly known as the character, Zack “Zack-Attack” Mooneyham in the succesful 2003 film with Jack Black. In the film, “Zack” was one of the main protagonists, writing the song that their rockband, comprised of his classmates and Jack Black as the front man, performed at the Battle of the Bands that they eventually won. In real life, Gaydos continued to play the guitar, hence the irony of his unfortunate theiving scheme. His father is also a pretty prominent musician in Detroit.

Gaydos is reportedly facing four felony counts of larceny and grand theft.  As of now, there is no news yet of his final conviction.