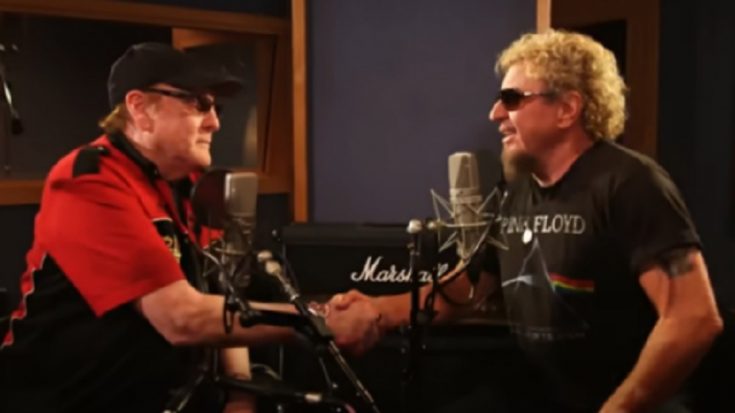 The one thing that’s consistent in the rock industry is change. But, for these gentlemen who endured all, that’s needed to survive the harsh climate, at least it’s time for them to share the stories they have that completed their whole package as a rock musician.

Hagar opened the interview with the people behind the production of Cheap Trick albums, with which the host mentioned The Beatles’ producer George Martin as the greatest musician and producer, to which the Cheap Trick guitarist agrees.

“I learned a lot from him [Martin],” Nielsen explained. “Musically, he would let you speak your mind and he would listen.” Nielsen also shared some kind words about Geoff Emerick, The Beatles’ pioneering engineer in their seminal albums Sgt. Pepper and Abbey Road.

Both artists also explored the road Cheap Trick took (they were either a rock band or a pop band according to Nielsen himself). They also ventured on the members, particularly with the band’s frontman Robin Zander, who, can sing every song that the band would give to him; Nielsen also talked about his favorite guitarist, Jeff Beck.

Finally, a funny choosing game came to fruition as Hagar asked his guest a few choices where the latter has to pick. The choices range from a Gibson to Les Paul (he said yes), Pablo Picasso or Salvador Dali (Picasso), the Beatles of the Rolling Stones (Beatles, which was obvious from Nielsen’s shirt), Keith Richards or Mick Jagger (Keith), John Lennon or Paul McCartney (he quietly whispered Lennon, thank you very much), and Sammy Hagar or David Lee Roth (Nielsen jokingly asked, “who’s Roth?”) The two then proceeded to talk about music.