Roger Waters and Nick Mason Performed Together In New York! 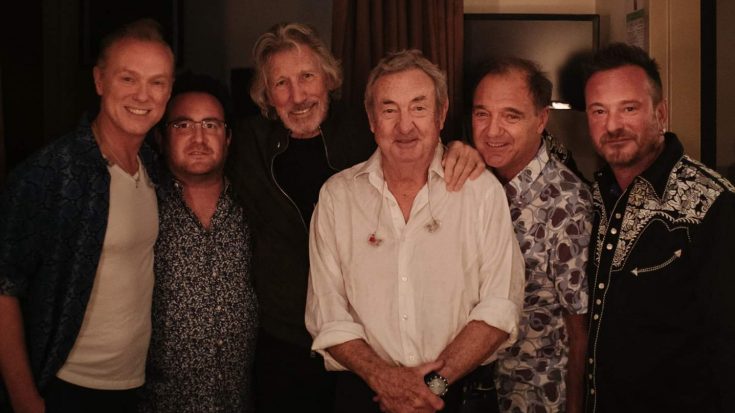 Its been forever since Pink Floyd had a legit reunion, that even the one-off way back 2005 couldn’t sate fans. The guys have also performed in 2011 with David Gilmour, although only select songs from The Wall were showcased. But recently, some sort of mini-reunion happened when Roger Waters joined Nick Mason onstage, for a performance of Pink Floyd’s “Set The Controls for The Heart of The Sun“, at a show at The Beacon Theatre in New York, on April 19th.

Former Pink Floyd drummer Nick Mason has been on tour lately, his Nick Mason’s Saucerful of Secrets tour allotted to cover US and UK dates in 2019. Mason has been playing pre-1973 Pink Floyd material on the tour exclusively. Roger Waters surprised everyone when he showed up at the first two nights of the New York gig, which would mark the conclusion of the North American schedules.

Mason was recounting a story of how Waters would always play the gong they had, behind his drum kit, while gradually playing the intro to the song. Bewilderment caught the audience as Roger Waters appeared on stage, and greeted his old friend and band mate with a hug. Applause boomed as the two reunited on a live performance for the first time since 2011.

After the heartwarming greeting, Waters proceeded to narrate an anecdote of Pink Floyd’s earlier years, “It was called the Scene Club and its owner was Steve Paul, and it was 1969,” he told the crowd, though records suggest it was 1968. “I remember it well. We had a gong in those days. As I remember, as I used to, in the middle of the show, hurl a necked whiskey glass at it – and the glass was empty because I’d drunk the whiskey, as we did back in the old days – anyway, I’m so happy to be here playing with Nick.” The excited crowd applauded.

Waters continued his recollection, “We’re very, very close and old friends. And when I was doing The Wall he came and sang ‘Outside the Wall’ a couple of times, so here we are.”

“Loving the show, by the way, Nick. My considered opinion is that you sounded a lot better than we did back in the day,” Waters said as he lovingly turned back to Mason.

Rogers then started to sing the opening lyrics for the song as soon as the instruments kicked in. Waters was feeling the moment, and recreated the iconic gong strike at the back of Mason’s drum kit. After the song wrapped, Waters waved to the crowd and walked offstage. He went back up at the end of the show to take a bow with the Saucerful band, while hugging Mason.

Afterwards, Nick Mason posted on his Twitter account, “New York, New York… thank you! We had a wonderful time last night – hope you did too. And thanks so much to Roger Waters for helping out on Set The Controls! Made a great night even better.” While it isn’t exactly what fans have been raving about, this is one heartwarming reunion nonetheless.

New York, New York… thank you! We had a wonderful time last night – hope you did too. And thanks so much to Roger Waters for helping out on Set The Controls! Made a great night even better. Any of you back at the Beacon Theatre for a second time tonight? (Pictures: Kate Izor) pic.twitter.com/Db5EqeyI1W