Rockstars Who (Allegedly) Sold Their Souls To The Devil 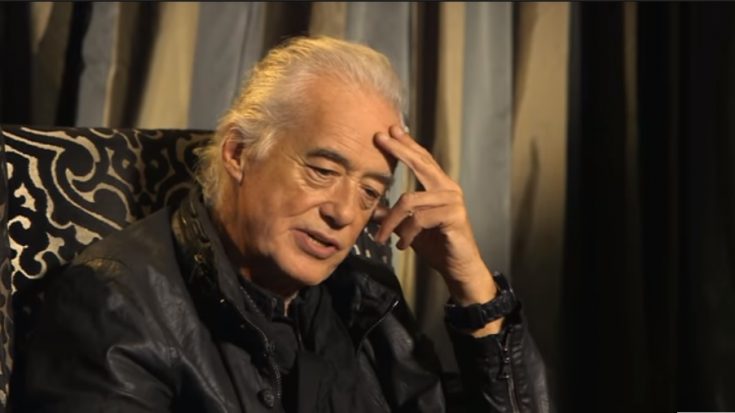 References aside, it isn’t news to have rock music and artists be associated with the occult, especially the Prince of Darkness. No, we aren’t talking about Ozzy here. Satan, Lucifer, Beelzebub, Mephistopheles, Shaitan, The Devil, call him in whatever name is familiar. The predominantly loud and brash quality of rock music is frowned upon by some conservative folks, and while this prejudice is unfair to say the least, some rockstars have actually ridden on these tales, or are actually practitioners of the dark arts. Amidst backmasked tracks, bizarre symbolism, and occult pop references, here are some artists who allegedly sold their souls to the devil in exchange for success.

While Bowie’s personas were a little too much to take for some people, he actually took interest in the occult, primarily due to Aleister Crowley’s influence. Crowley was dubbed as the “the wickedest man in the world”, and was an influential figure of the occult crowd. Bowie paid tribute to Crowley in his 1971 song “Quicksand”, and told Rolling Stone Magazing in 1976, “Rock has always been the Devil’s music…I believe rock’n’roll is dangerous. I feel we’re only heralding something even darker than ourselves.”

Mick Jagger was one who dove deeper than the average occultist, reading materials such as Taoist Secret of The Golden Flower. With the help of Kieth Richards, the song “Sympathy For The Devil Was Born”, a fictional re-imagining of the Devil appearing in some points of history. Performing the song in fake devil tattoos, and also having the track used by the Church Of Satan, one would raise eyebrows at the Stones’ poster child. Jagger commented on this, “I thought it was a really odd thing, because it was only one song, after all. It wasn’t like it was a whole album, with lots of occult signs on the back. People seemed to embrace the image so readily, [and] it carried all the way over into heavy metal bands.”

Another “student” of Aleister Crowley, John Lennon influenced the other Beatles to take interest in the life of the late occultist. The result was seen on the cover of the iconic 1967 album, Sgt. Pepper’s Lonely Hearts Club Band. The book The Lennon Prophecy by Joseph Niezgoda details how Lennon made a pact with the devil, to make him more famous than the King of Rock n’ Roll himself. Niezgoda further draws “clues”, hinting on the pact to have been effective for 20 years, until the day Chapman gunned Lennon down upon hearing a voice in his head saying, “Do it!”

One of the progenitors of shock rock, Vincent Furnier, or as he fondly calls himself, Alice Cooper, was another figure in the rock-occult mystery. Cooper claims to have gotten his stage name from an ouija board encounter, where he “found out” that he was the second coming of a 17th century witch of the same name. Cooper would douse himself with makeup and wear feminine attires onstage, with shows having him present dramatized morbidity, like hanging himself from a noose, decapitation from a guillotine, destroying baby dolls, while singing equally morbid-titled tracks. Cooper commented on his activities in one interview, “We are the group that drove a stake through the heart of the love generation.”

Probably one of the “true” occultists among rockers was Led Zeppelin’s Jimmy Page. Ever the popular figure among rock stars, Aleister Crowley intrigued Page so much that he even proceeded to buy Crowley’s Boleskine House in Scotland. Page attended auctions, or sought to private collectors, to tap into occult artifacts. He was even present in seances, which was a gathering that attempted to communicate with spirits of the dead. This brought on rumors that Led Zeppelin was a band of the Devil, which further worsened when John Bonham died, and Robert Plant’s son Karac also passed away, with believers thinking this was karma that was due, for the years Page spent dealing with the devil. Page is believed to be a practicing Thelemite, of Crowley’s Thelemaic religion and a member of Ordo Templi Orientis, which was Crowley’s as well. Page commented during one of his interviews, “I do not worship the Devil,” he asserted in a Rolling Stone interview that year. “But magic does intrigue me. Magic of all kinds. I’m not about to deny any of the stories… I’m no fool. I know how much the mystique matters. Why should I blow it now?”

The influx of hard rock and heavy metal further pushed this belief among fans and those curious. Other bands like AC/DC, who were known for their iconic “Highway To Hell”, debunked myths about their alleged occultism, while Black Sabbath’s Tony Iommi apparently went on to ride the hype, with his famed chord progression that involved a flattened fifth note on the major scale, causing dissonance, and a highly ominous sound as a result. This was highly believed by those of medieval Europe to be Diabolus in Musica, or the Devil in Music, which the liturgical musicians highly avoided in their compositions. The Prince of Darkness himself, Ozzy Osbourne, wasn’t spared from the terrifying progression, saying “He came to rehearsal one day, and said, ‘Isn’t it funny how people pay money to watch horror films; why don’t we start playing scary music?’ And then he came up with that ‘Black Sabbath’ riff, which was the scariest riff I’ve ever heard in my life.”

Do you have other rockstars-in-the-occult stories? Share them on the comments!