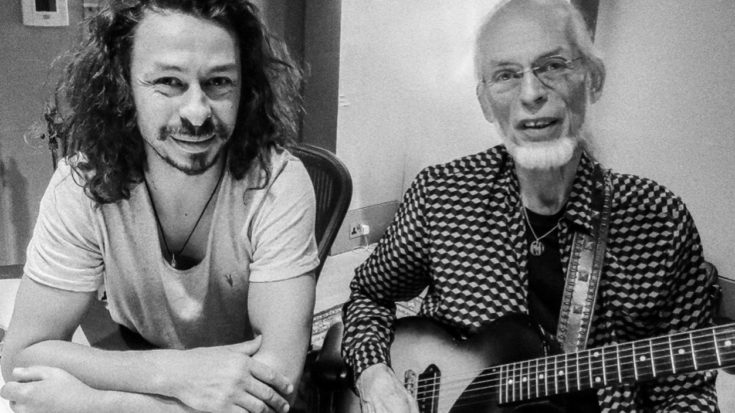 To Virgil With Love

For a parent to bury their child goes against the laws of nature – it’s supposed to be the other way around. Yes guitarist Steve Howe and his wife faced every parent’s worst nightmare when on September 11, 2017 their younger son Virgil died suddenly at the age of 41, less than two weeks shy of his 42nd birthday. Paralyzed by grief Howe turned to music, finding solace in the album he and Virgil had been working on – a project called Nexus, released today and bearing the last music he’d ever create with his son.

Nexus was completed at the time of Virgil’s death in September, submitted to InsideOutMusic in August to be released on November 17th; while the decision to move forward with such a project would have understandably been too much for some, Steve Howe felt that going forward with the release of Nexus was the tribute to Virgil’s artistry, life, and legacy that he rightfully deserved.

A message from Steve Howe:On behalf of my wife Jan and all our family & his loved ones, we would like to thank everyone…

“Nexus explores a completely different side of Virgil’s ability, as a writer & keyboard player – ‘in his own right,'” Steve Howe said in a statement.

“His talents were multi-diverse, so sitting at a keyboard & computer or in the middle of his drum kit, at all his regular DJ-ing gigs or on the radio, he always gave his best. We hope that the music just completed will stand as a fitting tribute to his life and legacy.”

In honor of that very life and legacy, Howe released the video for “Leaving Aurora” yesterday. Featuring Howe seated with an acoustic guitar in his hands while photos of Virgil flash across the screen beside him, “Leaving Aurora” is a father’s love letter to a child that was brilliant beyond his years but loved for so very much more than that; always a master of saying everything while saying nothing at all, Steve conveys all of the love and grief that goes into loving a child that’s gone before their time in a few simple chords overlaid with Virgil’s piano based track.

While the pain never really goes away, we hope that Nexus helps give Steve some much needed comfort and closure as he navigates his way through a club no one ever wishes to be part of.