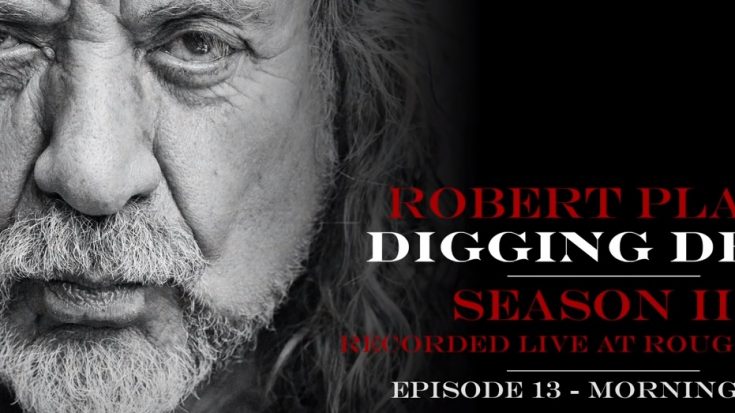 In the first installment of this new season, which was recorded live at London’s Rough Trade East, Plant talks about his song “Morning Dew”, which is a part of his 2002 album Dreamland. He describes the song as a “post-apocalyptic psych-folk classic” which follows quite an astounding account.

The said song was written by Canadian folk singer-songwriter Bonnie Dobson, who released a live version first in 1962 before recording a studio rendition in 1969.

This new podcast installment comes with the news of an anthology release, titled Digging Deep: Subterranea, on the 2nd of October.

As a limited edition 2CD set, it will be comprised of 30 tracks all taken from Plant’s solo run, going back to the 1982 debut Pictures at Eleven, to his eleventh and final project, Carry Fire from 2017. The package will also entail three unreleased tracks, “Nothing Takes The Place Of You,” “Charlie Patton Highway (Turn It Up – Part 1)” – which is a part of the upcoming Band of Joy Volume 2 – and his own version of the rockabilly standard from Charlie Feathers, “Too Much Alike”, which features Patty Griffin as well.