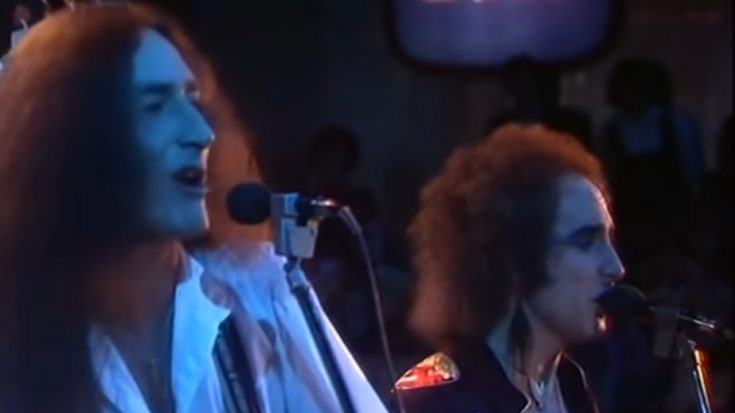 Pioneering a style in music can sometimes be a thankless job. Take Uriah Heep for example, one of the proponents of the heavier spectrum of the genre. They were almost always overshadowed by more prominent names such as Black Sabbath or Led Zeppelin, but it doesn’t take away the sheer amount of talent the band had to propel the doomsday perspective of rock. With that, here are some of their best songs from the ’70s.

It seems like David Byron’s performance in this song is os impressive that it actually became a massive hit in Bulgaria, with the title finding purpose as a reference to an unofficial holiday. What’s even more amazing is the pilgrimage Bulgarians do, going to the Black Sea to have a glimpse of July’s first sunrise thanks to the song!

Ken Hensley makes his mark in the band with songs like “Tears In My Eyes”, being a major contributor to the overall gutsiness of the track. One can’t help but dig into that luscious slide guitar of his.

Profound and quintessential is what the title track to 1975’s Return To Fantasy is. Byron’s evocation of emotion is top-notch here, although it was also spelling an impending tragedy for the band and himself as alcohol addiction continued to gnaw at him.

When it comes to soupy heavy metal sentiments, Uriah Heep was at the top of its game. The members let loose on “Birds of Prey” – strained vocals, crunchy guitars, and haunting keys all make for a compelling atmosphere that couldn’t just be shrugged off in a couple of hours.

Ambitious, some might say, but “Easy Livin'” actually went on to become one of Uriah Heep’s most patronized compositions ever. Relentless and unforgiving, the cut from 1972’s Demons and Wizards is nothing short of spectacular.

Itching for some heavy prog rock? “Sunrise” from The Magician’s Birthday has the band stride in peak form by balancing unpredictability with sheer power. It became one of the band’s go-to concert staples as a result – and why not? Its unique run is enough to warrant its place in the memories of hardcore fans and new listeners.

The Magician’s Birthday of 1972 certainly had its own charm in terms of track curation. “Sweet Lorraine”, in particular, wasn’t as powerful as its fellow songs, but the latent distinction and feel it evoked, thanks to the otherworldly sound of the Moog synthesizer that carried its main texture.

There’s no other way to open the band’s debut album than with the power of its first cut, “Gypsy”. This was a foreboding of what was to come with the band’s formative years.

It must be sheer luck or Hensley’s massive talent to let a song inspired by a woman he saw on a windy morning take to the charts. “Lady In Black” became a milestone for Uriah Heep, but ironically, the band members didn’t quite like it upon first listen.

Hensley’s songwriting prowess was matched by a mischievousness that shone through his eyes like a child. “Stealin'” is a great example of this talent that was limited due to Hensley’s choice of rather “vulgar” scenery.