Revisit The 1966 Christmas Album From The Sonics, The Wailers And The Galaxies 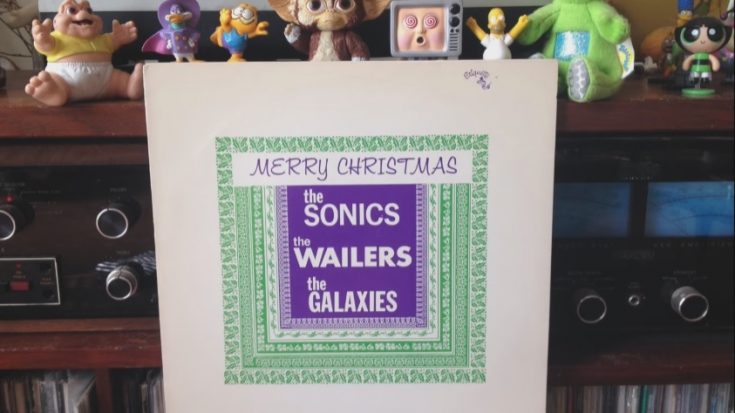 The Sonics, The Wailers, and The Galaxies' Christmas Album - izationalizer / Youtube

Christmas season really brings the best out of people, and by that we mean everyone. Back in 1966, there existed a compilation album for the holidays that had three top acts at their peak form work together. Imagine that.

These were The Sonics, The Wailers, and The Galaxies – very unlikely candidates to be given a project that would see them go festive for the holidays. They were far more intimidating thanks to their rock and roll edge over other acts, but perhaps that was the end goal: to produce a Christmas record that went against the tried and tested classic home feel of days gone by.

Each of the three groups had their own sound going for them, but they made it so that it meshed together quite well. The Wailers were a bit edgier with their delivery, while The Sonic clearly went for a Dylan-esque vibe with theirs. Of course, The Galaxies would temper this with their standard vocal harmony attack and synthesizer sound, offering a tripartite record that would showcase a rich variety of styles in the Christmas spirit.

You’d be hard-pressed to find a record as tight and cohesive as this holiday offering from Etiquette Records 48 years ago, as the bold move to actually bring the top players in their respective fields to work together doesn’t go smoothly at all times. With that, you can sit back and enjoy the holiday compilation below!