Revisit Elton John Perform ‘Lucy in the Sky with Diamonds’ 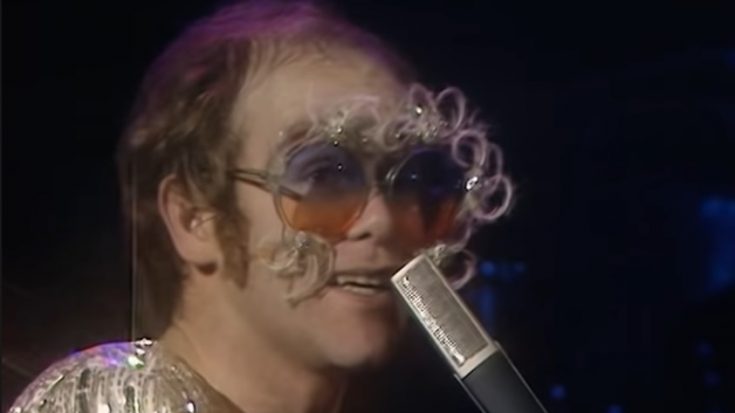 For true-blue rock fans, The Old Grey Whistle Test was a surefire way to be updated on the latest and greatest happenings in rock and roll, as well as be on the lookout for the new breed of artists soon to take over the scene.

The show had a ton of iconic names in the bill, a balanced mix of industry veterans as well as promising aspirants who wanted to showcase their talents to the whole of Britain. One such guest was Elton John, who was just equally as capable of being a rocker as opposed to his usual pop dabbling. He covered “Lucy In The Sky With Diamonds” by the Beatles, but didn’t intend to capture the original arrangement and instead applied his own interpretation of the song in his performance.

The result was a ballad that greatly capitalized on the then-famous misconception of it referring to psychedelics. Lennon, on the other hand, didn’t realize that it spelled LSD and defended that it was inspired by his son, Julian. As most people know now, Julian drew his friend Lucy flying in the sky with diamonds, which Lennon wrote the song about.

Paul McCartney also had a great influence on the song as Lennon turned to him for help in its creation. He was present when the song was being written, trading creative inspiration via their penchant for psychedelics.

Elton recalled of the song and his relationship with Lennon: “We got on like a house on fire and we hung out for a couple of years; I found him very kind, very funny. I don’t know why we clicked, but we did and he clicked with my band and he clicked with the people around me. And we had so much fun. I was quite intimidated by him, because I knew he was razor-sharp and could be very abrasive. But that side never came out with me — only the kind side and the funny side.”