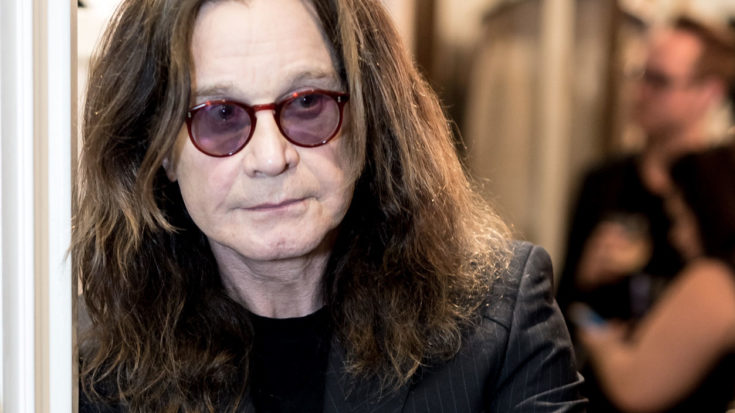 Where Ozzy Osbourne goes, trouble follows – but behind trouble is Sharon Osbourne, ready and willing to do battle. As the 69-year-old prince of darkness prepares to embark on his final solo tour, his wife and manager of the last three decades says that he’s being blackmailed as a result of a feud between LiveNation and AEG Live, forced by AEG Live CEO Jay Marciano to perform against his well at a venue he doesn’t want to appear at.

But First, Let’s Back Up

Back when Sharon and Ozzy were laying out the road map for No More Tours 2, they expressed a desire for Ozzy to perform at London’s O2 Arena on February 11, 2019. AEG, who owns the O2 Arena, said it was fine, with one condition – because the tour itself is being put on by rival competitor Live Nation, Ozzy would have to agree to play LA’s Staples Center, also owned by AEG, if any show was to take place “within 25 miles of the city and was produced by Live Nation.”

Shame on @AEGpresents / @AEG_Presents for bringing artists into a power struggle you’re having with your competitor, @LiveNation https://t.co/9jh0T5crOK

Sharon Makes Good On Her Promise

The suit brought against AEG argues that Ozzy “had no choice at all” but to sign the Staples Center commitment, saying “there is simply no substitute for the O2 Arena when booking the London leg of an international tour” for an artist as big as Ozzy. It also calls AEG a “clear monopolist,” out to stake their claim on arena sized venues in London.

AEG’s Jay Marciano issued an official statement regarding the suit to Rolling Stone. It reads,

“This suit is without merit and we will vigorously fight it. We welcome a closer look at the global live entertainment market and, specifically, our practices and the practices of our competition.

AEG has always worked hard to put artists first. At the same time, we must respond to the actions of those we compete with, specifically Live Nation and Madison Square Garden. Fighting for a level playing field is fair competition at its core.”

The end goal for Ozzy’s suit? Ultimately, to stop AEG from doing harm to competitors and in the process, artists who ask only for an even playing field; harm, he describes in his suit, as “profound, immediate and irreparable – and must be enjoined.” In the meantime, he’s seeking class action status for “similarly situated artists” to possibly join as plaintiffs.

This is a developing story, with more updates sure to follow. Stay tuned to Society of Rock for those updates as they become available!