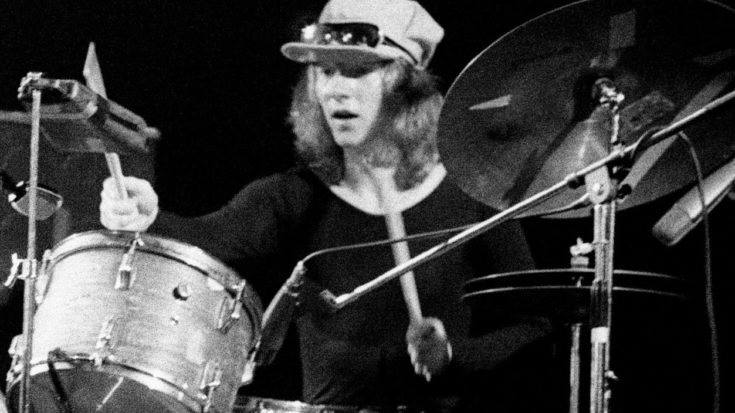 Famed session drummer Pentti “Whitey” Glan, best known for his role in the creation of Alice Cooper’s debut solo album Welcome to My Nightmare, has died at the age of 71. Initially reported by Simcoe.com, Glan’s death comes after being diagnosed with lung cancer last month; doctors found cancer back in August while treating Glan for pneumonia but originally thought it was treatable.

Born in Finland on July 8, 1946, Glan made Toronto his home and at 19 found success as the drummer for a local band called The Rogues, their 1968 single “Loveitis” giving the band their first top 10 hit in Canada. He would later go on to join a band called Bush (not to be confused with the 90s rock act), gaining exposure when the band opened up for Three Dog Night and Steppenwolf in the early 70s; in fact, it was one of Glan’s own co-creations, “I Can Hear You Calling,” that wound up being the B-side to Three Dog Night’s “Joy to The World”.

In 1973, Glan was recruited by Lou Reed to perform at Howard Stein’s Academy of Music, portions of which were used in Reed’s Rock ‘n’ Roll Animal and Lou Reed Live; he played on much of Sally Can’t Dance before Alice Cooper caught wind of Glan’s talent and brought him on board after the dissolution of his original band to play on his debut solo album, the critically acclaimed Welcome to My Nightmare, in 1975. He even made an appearance in Bette Midler’s 1979 film The Rose.

A quiet, humble man, Pentti Glan is remembered by his friend Robin Munro for a big talent and an even bigger heart whose legacy is bigger than many realize.

“We’d go to do a song like Moondance (Van Morrison) and he’d look up and me and ‘I played on that,’” Munro said. “He played on hundreds, maybe thousands of records, when he lived in Los Angeles.”

Our hearts go out to Pentti’s loved ones, and we’ll make sure to crank up “Welcome to My Nightmare” in his honor tonight. Rest easy, Whitey.