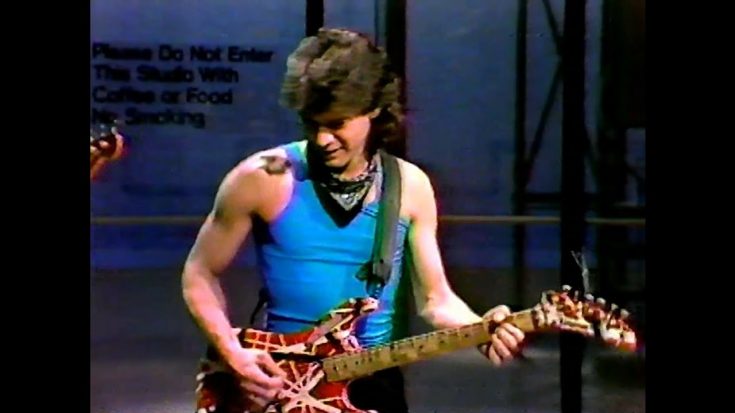 For someone as legendary as Eddie Van Halen, you’d be extremely lucky if you’d get him to join the band of your late-night show. Fortunately, this came true with David Letterman, through bandleader Paul Shaffer. The video of this exciting event can be seen below.

David Letterman expanded his late-night talk show to the West Coast in 1985. House band leader Paul Shaffer reached out to Eddie Van Halen to inquire about a possible sit-in. Eddie agreed to play on the episode of Late Night on May 16, 1985, with Shaffer and the gang, and they performed instrumental renditions of “You Really Got Me,” “Sunshine Of Your Love,” “Jump,” and “(Oh) Pretty Woman.” The crowd loved him so much that Letterman invited him to come by next Monday; unfortunately, Van Halen wouldn’t follow this request until the next month, June 27, 1985, when he came back for another sit-in.

Accompanied by his wife, Valerie Bertinelli who was interviewed by Letterman, it was a fantastic thing to watch. This time around, the guitarist roused the crowd with the same songs: “(Oh) Pretty Woman,” and “Sunshine Of Your Love,” and newer ones such as “Crossroads” and “Panama.”

Ten years after their initial appearance on Letterman’s show, the entire Van Halen band made an appearance. On August 10, 1995, they played “Not Enough” from their Balance album. Moreover, they contributed to the rendition of “Jump” by the CBS Orchestra.