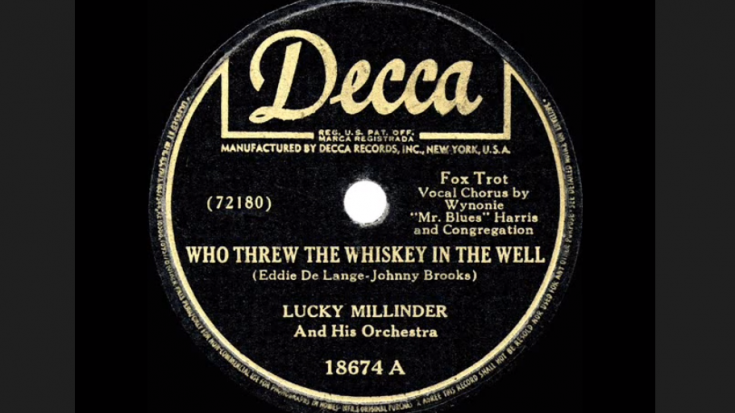 The 1940’s were dominated by the prominent jazz, swing, and rock music’s predecessor, rhythm n’ blues. Pioneers were just beginning to realize the potential of electric instruments, especially the guitar. Amplification was key in this era, and that dirty, gritty sound produced by the electric guitar seemed so foreign yet delectable that they bit the bait. Here are the best pioneering tracks from 1945 that heralded the rise of rock n’ roll.

Based on the traditional tune “Shortnin’ Bread”, “The Honeydripper” was written around 3 years earlier by Liggins while he was playing piano for a band. Coined from a slang for “sweet guy”, the track follows an upbeat arrangement that was big with the masses upon its release. The track is credited as one of the pioneering material for rock n’ roll’s development.

The jump blues “Caldonia” was written by the massively successful swing artist Louis Jordan, and recorded with the help of his backing band, the Tympani Five. The track made him the most sought-after R&B charter of the 40’s, with the Rolling Stone magazine describing the song as “rock and roll”, marking the first time the genre was used as a description in print media.

Taking from the traditional African spiritual, Sister Rosetta Tharpe transformed the song into a rock record, with the template of a modern band setting. Employing her resonator guitar, a piano, bass, and drums, Sister Rosetta Tharpe propelled the gospel song into mainstream attention, prompting it to be tagged as a precursor of rock n’ roll music.

A mix of jazz and blues perfectly complementing each other, “Somebody’s Gotta Go” was performed by Cootie Williams and His Orchestra, with the help of musician Eddie Vinson at the helm of vocals. The track was the most successful entry of Williams of the Harley Hit Parade, being the final number one track on the chart.

Containing that heavy blues grit courtesy of the blues-shouter vocals of Wynonie Harris, “Who Threw The Whiskey In The Well” became Millinder’s most successful song on both R&B and pop charts, topping the R&B rankings while placing 7th on the pop catalog. Aerosmith featured a snippet of the track at the end of the song “Amazing”, from their album Get A Grip.