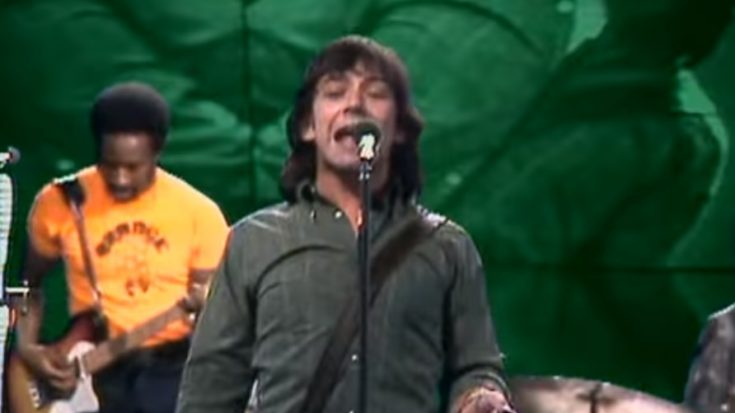 While Eric Burdon was known for his time with the Animals, he also broadened his sonic horizons after joining the ranks of the Californian funk-rock act, War. This paved the way for the subsequent release of the 1970 album, Eric Burdon Declares “War”.

The only cut from the album that became a hit was “Spill The Wine,” which was inspired by a wine-spilling incident on the mixing board by the band’s keyboardist Lonnie Jordan. It is known for the constant flute solo winding its way through the track and an added ambient noise of a woman speaking in Spanish.

Eric Burdon & War enjoyed pretty good feedback from fans and critics alike, dishing out some high-quality live performances and decent albums along the way. But in the midst of a European tour, Burdon suddenly left the band and never came back again. Revisit this performance of the band for “Spill The Wine” at the Beat Club on September 26, 1970.