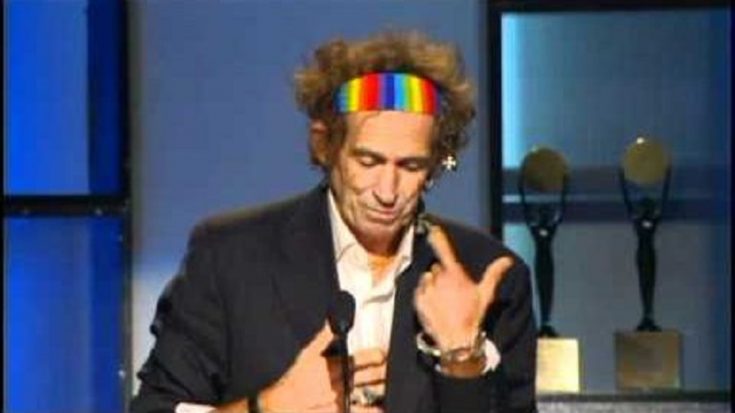 Today, we’ll take a short time to relive the iconic moment when ZZ Top was finally welcomed to be a part of the Rock and Roll Hall of Famers.

When the time has come forth to induct the legendary rock band ZZ Top back in 2004, it was a pure and utter joy to have Keith Richards do the honors of introducing them. The prestigious event couldn’t be more exciting as we see these legends paying respect to each other, and admiring them with utmost sincerity. Richards, a fan of the group, gave a loose speech on why this band deserves all the praise it gets for being one of the finest groups from the hot lands of Texas.

The Rolling Stones’ guitarist has a knack for displaying his humor when giving speeches. Most of the time, Richards was keen on making jokes and take a second to say the things he wanted to say, most especially about consistency and longevity of the group— a thing that ZZ Top is well-known for. For many years, ZZ Top had survived to be the most iconic trio, without experiencing any personnel changes.

Keith loves his pauses, his uhs, and his sideline jokes which were very entertaining to watch. At some point, you can see that maybe Keith has somehow forgotten who he was inducting, or maybe he just wanted to appreciate how great the band is at handling the blues-rock genre, which is Richards’ greatest love.

Take a moment and watch Keith Richards’s introduction to ZZ Top below.