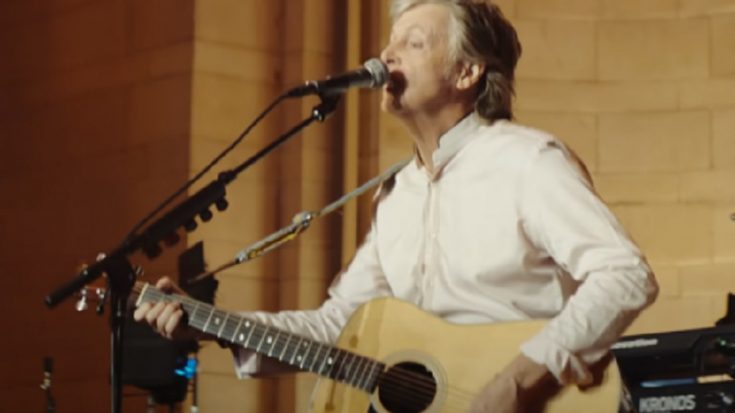 Nothing feels good than letting Paul McCartney sing to you some of the greatest Beatles’ songs after you’ve arrived at your destination.

Back in 2018, legendary musician Paul McCartney serenaded more than 200 audiences in attendance at the Grand Central Terminal in New York to promote his then-released album, Egypt Station.

Then I’ll just move a little more over this way and sing, ‘Hey Jude…’ And you’ll sing, ‘Don’t make it bad…’ And that’s your big moment!” The crowd goes wild.

Now, this wasn’t just an ordinary McCartney surprise concert, and since when did it become ordinary? Few prominent guests that were there in the audience were legendary actress Meryl Streep, Amy Schumer, Jimmy Fallon, Jon Bon Jovi, Kate Moss, and many more. By then, Sir Macca began playing the treasured songs that he and his fellow Beatles created as a gift to the world. If you shed a tear or two while watching, no one is judging you.

Songs such as “Love Me Do,” “Can’t Buy Me Love,” “Let it Be,” “Hard Day’s Night,” and a raw and pure version of “Blackbird” were performed for the night, along with some of the musician’s favorite post-Beatles material such as “Hi Hi Hi,” “FourFiveSeconds,” “Come On To Me,” etc.