Relive Michael J. Fox Performs “Johnny B. Goode” With Coldplay Back In 2016 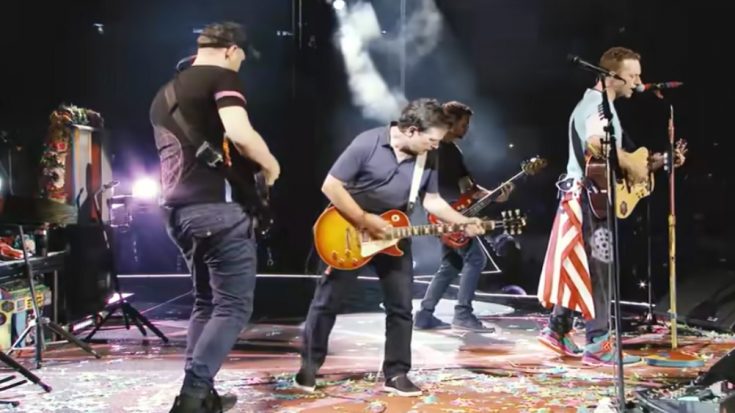 Relive the pure moment of nostalgia when Michael J. Fox joined Coldplay for a rousing rendition of a Chuck Berry classic, “Johnny B. Goode” back in 2016.

Watch yourselves be nostalgic to the good ol’ scenes from the 1985 film, Back to the Future, which starred Fox as Marty Mcfly, a fictional character from the movie.

In the most surprising manner ever, Back to the Future happened to be Chris Martin’s son, Moses’s favorite movie of all time. A video projection was given for the event, with Moses asking his father if the band could play songs from the movie. Coldplay agreed, and they began playing “Earth Angel,” a doo-wop classic. Midway through the song, the audience screamed as they watched Fox enter the stage for a guitar solo, together with frontman Chris Martin.

The next song played was “Johnny B. Goode,” in which Michael felt comfortable playing its blues riffs. After the show, Martin thanked the actor for recreating a “dream come true” performance.

“I kinda guess you guys aren’t ready for that yet, but your kids are gonna love it.” – Marty McFly