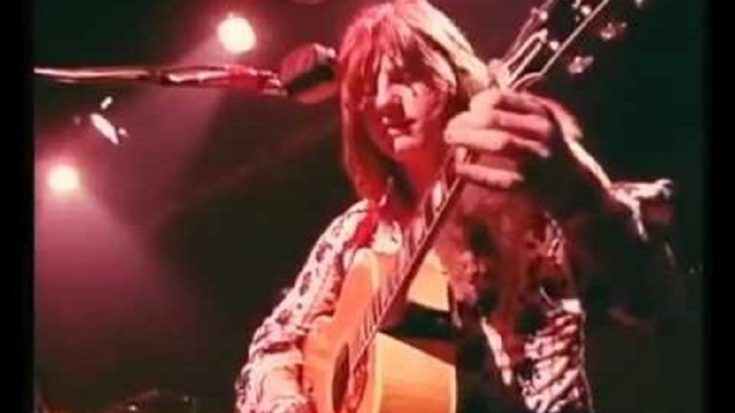 What a fantastic time to be alive in the year 1970! Hundreds of artists emerged in the rock world, and many of those proved their excellency in the prog-rock scene, including the pioneering legends Emerson, Lake & Palmer.

The whole world was in awe when the Nice keyboardist Keith Emerson got together with King Crimson’s bassist Greg Lake to create a group, following a successful jam session behind the scene from their Fillmore West performance. Months later, they recruited drummer Carl Palmer from Atomic Rooster and began to release their eponymous debut album, which was well-received by many due to their success as a live act and the fame they were initially associated with from their previous bands.

Among the highlights of the album was this Lake-written song, “Take A Pebble.” A video of the trio performing live in Zurich, Switzerland in 1970 can be viewed below. The song starts mellow like a soft ballad, with Lake strumming the acoustic guitar, Emerson in his piano keys, and Palmer with a subtle percussion movement. Gradually, the arrangement changes, bringing excitement to listeners. Apart from that, Lake’s vocal performance was phenomenal, proving to everyone that ELP’s success is locked and sealed in history.