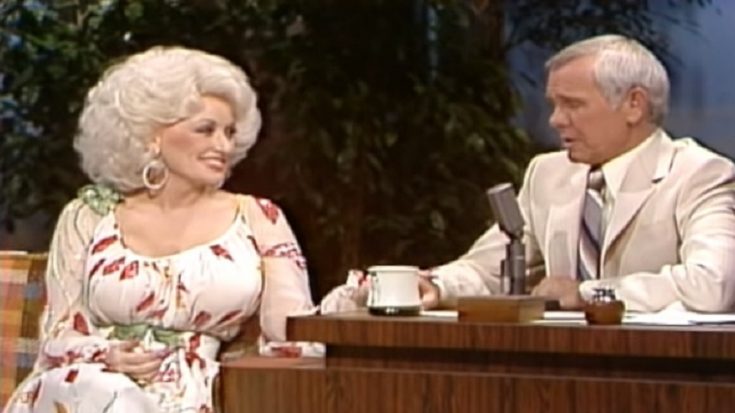 Dolly Parton will always be remembered as the queen of country music and the most sought-after female country performer of all time. But what others didn’t know is that she is also a great and fun guest to be interviewed in shows. And that is exactly what she did when she was on the Carson Tonight Show.

The host Johnny Carson talked to Parton about the different speculations from her life at that time. Dolly then was more than glad to talk about everything that Carson wanted to discuss. She openly conversed about the incident that involved suing her from a certain song, and even joked about how she doesn’t mind going to jail “just to see the place”. She also was extremely happy explaining the commemoratory gift that her hometown gave to her, and talked to Carson like he was her old friend.

At the end part, Parton then sang to the show’s host. The country diva performed a song that was inspired by Johnny Carson and his tonight show on an acoustic guitar. Johnny was happy, and so were the audiences watching them.

You can see the full clip here.