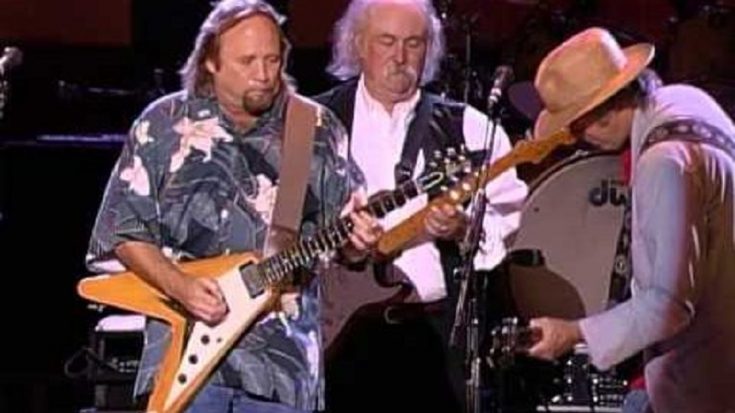 Farm Aid has had a fair share of epic performances throughout its entirety. Artists came and went to celebrate the American farmers who do their jobs without complaints. So, it’s only vital for these rock artists to create this benefit concert intended to help these unsung heroes who provide food for all of us.

While it’s hard to list down all the musicians who performed on Farm Aid’s first concert back in 1985 until recent times, we certainly felt the need to highlight those artists who’ve done an exceptional take on their songs onstage for the show. Among those was the iconic group Crosby, Stills, Nash & Young, who, in 2000, performed a hit song “Almost Cut My Hair” that became one of the high points of that year’s benefit concert.

“Almost Cut My Hair” was a political statement penned by David Crosby. It was among the few CSNY songs that only featured one vocal (Crosby’s) and the rest of the members have only contributed to its instrumentals. Crosby wrote it while thinking of every hippie’s dilemma to cut his/her hair, or to leave it as a sign of rebellion. Crosby, who’s sported long hair since the beginning, definitely took a part of this for himself.

You can watch the video of the band’s performance below.