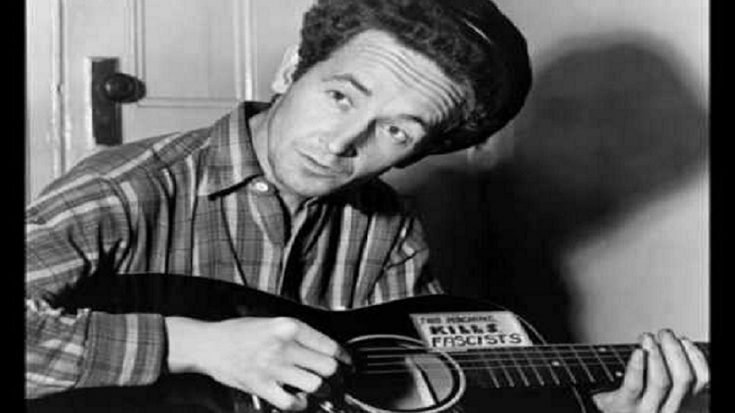 One of the most influential figures in the history of American folk music, Woodrow Wilson “Woody” Guthrie was an American singer-songwriter. His writings, which mostly dealt with anti-fascism and American socialism shaped the music industry that we know now. Legends of folk and rock including Bob Dylan, Bruce Springsteen, and Jerry Garcia all credit Guthrie as an inspiration. Below, we’ll relive Guthrie’s greatness with the 10 songs that defined his career.

The way Guthrie performs his rendition is a tribute to the state of Tennessee. This folk tune is a great way to honor the Appalachians.

The story of “Gypsy Davy” follows a woman who leaves her husband and kid to be with a traveling gypsy.

In this song written during the Dust Bowl Ballads album, Guthrie reflects on the people who left the East for the West. He advises Easterners to go back home since the economy is already too weak to support them.

Guthrie’s song is an interesting take on the standard lullaby format. The lullaby is sung to the worker, not a kid. As the name implies, “A Hobo’s Lullaby” is a nostalgic homage to life on the rails.

In “My Daddy,” Guthrie makes observations about the value of teamwork from the perspective of a kid. He shifts the point of view from a girl whose father is a pilot to a boy whose father is an aircraft mechanic and a third youngster whose father works at an airport.

The simple joys of fishing and capturing crawdads are described in “Crawdad Song.” This laid-back tune is a popular choice among Guthrie fans.

During his life, Guthrie gained notoriety for his outspoken opposition to fascism and racism. His hymn for the cause, “Tear The Fascists Down,” was immortalized on a guitar with the label “This machine kills fascists.” During World War II, he felt that singing anti-fascist songs was the most important use of his abilities. The song was released posthumously.

Guthrie sings, “I’m a poor boy, broken-hearted / Listenin’ to the wind that blows,” establishing the song as a standard in the genre of lovelorn ballads. The willow tree’s drooping leaves might evoke images of rain or a weeping tree. Moreover, a shattered heart and the pain it causes are metaphorically represented by the tree.

The song may be often associated with The Animals’ rendition, but even folk legend Woodie Guthrie played his version in 1947. This timeless folk song also serves as a warning to everyone who could hear it, be they a sibling, parent, or kid.

As a protest to the song, “God Bless America,” Guthrie recorded “This Land Is Your Land” in 1944. He thought the song was too saccharine and didn’t bid well on the hard-hit Americans during the Great Depression. “This Land is Your Land” is often considered to be Guthrie’s magnum opus.