Ranking The Songs From Aladdin Sane 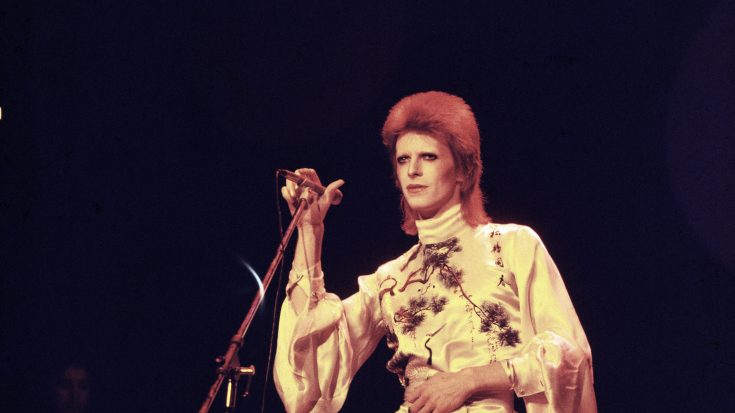 David Bowie has been known for his eccentric, glam rock style. The Rise and Fall of Ziggy Stardust and The Spiders From Mars, a monumental masterpiece, showcases Bowie’s exploration and employment of his bisexual rockstar alter-ego Ziggy Stardust. The theme is centralized on extraterrestrial contact, social taboos, and sexual experimentation. The next album, Aladdin Sane, is a tad bit heavier and considerably avant-garde. Bowie goes all out injecting radical energy in this piece. The signature androgynous face with a lightning bolt streaking across is a recognizable icon concocted for this record.

Heavily utilizing pianist Mick Garson’s jazz roots on some of the tracks, it allowed a raucous element to possess and bring out new life to the once used theme. The wordplay on the album title is a testament of Bowie’s nonconformist conceptualization. While he can be considered quite bizarre from a layman’s standpoint, Aladdin Sane is a normality in the Ziggy Stardust persona. Aladdin Sane is Bowie’s brazen statement that artistic consumption need not be understood, but to be enjoyed, rather. Here is our ranking of the tracks in Aladdin Sane.

10. Let’s Spend the Night Together

This track is a cover of a Rolling Stones original. While Bowie gives flair with a crazy piano intro, it is rather weak compared to the rest of the album.

Evoking a 60’s rock n’ roll feel but with a slower tempo, the wailing lead guitar lends a melancholic feel, with a sax riff and piano trills countering it.

Another homage to the rock elements of the album, Bowie talks about a celebrity’s encounter with a prostitute, with various references to drugs and sex.

This track’s jazz elements, with a dramatic delivery by Bowie, is a playful approach of contrasting aspects of the song.

A solemn ballad, the track involves a mysterious yet romantic melody in it. This track contains the highest note Bowie has ever sung in a studio album.

Featuring a catchy distorted riff, this is a homage to the Rolling Stones’ musical style.

This slow-tempo, complete with backing vocals that add a lulling melody, and burst of sax in between, this song drives a nostalgic progression marching off to silence. This song talks about sexual re-education to a race that has forgotten how to procreate.

The elegance brought on by Mick Garson is complemented by Bowie’s haunting vocals. The track progresses with a crazier, seemingly random piano riff that normalizes over a bass melody.

RnB elements are employed in this single, with Bowie focusing the character as an Iggy Pop clone. The repeating riff drives the song’s tempo in a routine fashion.

Characterized by an undiscriminating ruckus , Bowie let his personality flow through the track. The backing vocals provide a traceable melody amidst the “panic” of the song. The percussion components add a fanfare-like dimension to the track.