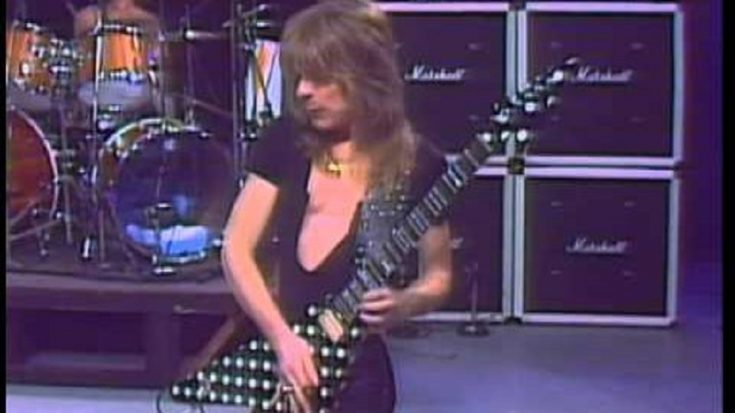 A long line of famous artists congratulated the late guitar virtuoso in a series of pre-recorded speeches. “Randy Rhoads is a peerless talent,” Rage Against the Machine guitarist Tom Morello said. “He revived Ozzy Osbourne’s career as his gunslinger sideman.” Kirk Hammett also said in a video tribute for his hero how he often copies Rhoades’ intensified riffs, citing it as a source of inspiration.

Osbourne didn’t miss the opportunity to thank his guitarist for a successful revival of his solo career. “I’m so happy that Randy’s genius, which we all saw from the beginning, is finally being recognized and that he is getting his due,” he said in an interview from Premiere Radio Networks. “I only wish he was here in person to get this award and that we could all celebrate together.”

Rhoades died unexpectedly from a plane accident in March 1982, when he was 25 years old. However, his mastery of guitar-playing helped catapult the metal rock genre to all; dozens of artists imitated his style, and he belonged to the small line of artists who truly crushed the barriers of guitar, much like how Jimi Hendrix of Eddie Van Halen did it at their own time.