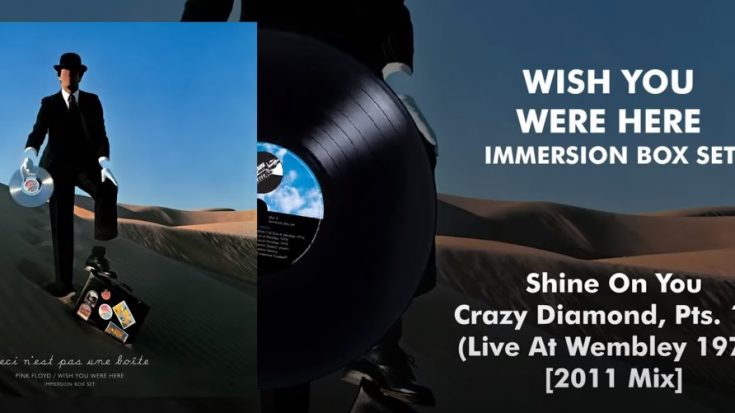 Pink Floyd is streaming a rare cut of live audio from a 1974 performance of the Wish You Were Here bookend classic, “Shine on You Crazy Diamond”.

This particular recording was captured live during the band’s four-night gig at The Empire Pool (later known as Wembley Arena) in London in November 1974 as a part of a five-week UK tour and was first released as part of Pink Floyd’s 2011 Immersion series. These appearances would allow fans to get sneak peeks of the material from Wish You Were Here, which didn’t see the light of day until fall of 1975.

“Arguably an essential song to be on any Pink Floyd playlist! At this stage, the song was still unreleased, so the audience wouldn’t have been familiar with it,” said the band in a statement.

Pink Floyd recently launched the “Syd, Roger, Richard, Nick, and David – An Evolving Pink Floyd Playlist”, which has the band add a new song from their catalog via Spotify and other streaming sites every day, spanning from fan favorites to rarities and underrated songs. Each Friday, the band releases a bonus track that is currently unavailable but was featured in the Immersion box sets way back.