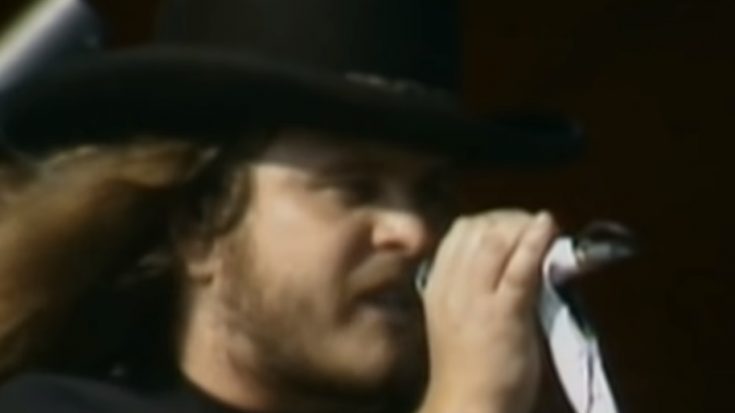 Lynyrd Skynyrd did Southern rock much good without even adhering to the redneck stereotype that was often carried by the notion. Boasting individual talents that coagulated into a single powerhouse of an entity, the band allowed Southern rock to propagate by dishing out radio-friendly tracks that often discussed all-too-familiar matters with a sense of authenticity. With that, here are some of the best cuts that represent the career of Lynyrd Skynyrd.

A product of the band’s Muscle Shoals Studio sessions in the early ’70s, carrying a tempered country-rock sound that wells up into the chorus, adorned with hints of bluesy melodies in between. As usual, Rossington and Collins trade blows with their guitar parts.

Another cut off the posthumous 1978 album, “Was I Right or Wrong” is a simple yet effective rock track that makes use of building a contrast to liven up the listener, ramping into full gear by the middle of the song.

Written on a fishing trip as Rossington and Van Zant wanted to escape band matters temporarily, “Don’t Ask Me Questions” ride an empowered progression with slide accents interwoven as it tackles the facades in the music industry.

Lynyrd Skynyrd (especially Van Zant) comes clean with “Gimme Back My Bullets”, admitting the mistakes and hardships they went through in the past. It is accompanied by the well-defined guitar duo of Rossington and Collins who assume lead and rhythm duties, respectively.

Most people know Skynyrd for their head-bopping rockers but the band really shined with their sweeping ballads, like “Tuesday’s Gone” from their 1974 debut. They channeled the sadness just to the right intensity to move listeners effectively.

“On The Hunt” was a heavy rocker that made good use of the band’s three-part guitar section to deliver one of the Skynyrd’s most seething cuts, just fitting of the sessions that gave birth to its album.

Carving up a tale of inspiration from an old-timer blues guitarist to an aspiring musician, “Ballad of Curtis Loew” is rich yet light – thanks to the acoustic instrumentation with slick slide parts going over it.

Another anecdotal drug use tale of Van Zant’s crafting, “Needle and Spoon” rode thick guitar instrumentation that effortlessly switched all the grit back and forth with imaginative transitions that showcased the band in peak form.

Rossington credits this song to Steve Gaines, who was one of the victims of the tragic crash. Gaines’ dedication to the music, showing with his dedication to songwriting and arrangements, shone through with the song “I Know a Little”.

“Whiskey Rock-a-Roller” painted the band in the same light that most fans could relate to – partying. Full of fun licks and a driving piano progression, the song quickly became a fan favorite and concert staple for the years to come.

Written as a response to Neil Young’s controversial “Southern Man” and “Alabama”, this seething Lynyrd track subtly poked jabs at Southern culture without losing touch of its merits.

Borrowing from the blues of JJ Cale, Lynyrd Skynyrd converted “Call Me The Breeze” into a guilty pleasure with its soupy guitars and vibrant horns. This turned the track into a carefree yet respectful reimagining that would have few foot-tapping and shaking tail feathers.

Emotive and straightforward, “Simple Man” is another testimony of Lynyrd Skynyrd’s penchant for cautionary tales turned into songs. This has a certain personal feel to it as Van Zant sings “My mama told me…” taking life lessons from the wise to heart.

Van Zant always sought comfort in the rural setting of his beloved South when things were a bit too much to handle in the business. That was the point of “Swamp Music”, with driving guitar harmonies accompanying this bittersweet alternate reality of a story.

“Saturday Night Special” starts things off by kicking a bar door down with its big-boy guitars and grittiness as Van Zant lays down the groundwork with gun-related lyrics packed in a volatile moment.

From Lynyrd Skynyrd’s debut album, “Gimme Three Steps” fearlessly takes a swipe at masculinity as the song tackles a man being caught in the act with another man’s woman. The character flees the scene instead of confronting the offended, painting a stark contrast in the never-back-down theme of the genre.

Save the best for last took on a sick turn just three days after the release of Street Survivors, as the plane crash took the lives of vital Lynyrd Skynyrd members shortly after. Another fair warning about drug use, “That Smell” eventually became a foreshadowing of sorts for the accident.

Dubbed as part of the greatest release Lynyrd Skynyrd ever issued, “What’s Your Name?” has the band injecting some fun into their material by exploring the carnal nature of the rock and roll life. It even has horn parts that accentuate the composition to a tee.

One of classic rock’s most celebrated songs, “Free Bird” starts off as a controlled delivery until the second part of the song – aka the burning solo jam that runs till the end – takes over. This showcased Skynyrd’s talent even in their debut, sporting extravagance in a tasteful manner.

Written as a statement of rebellion against their label MCA, “Workin’ For MCA” doesn’t mince words as Skynyrd lays down its story (and the injustices that came along with it) in an indulgent barrage of guitars in a manner that is both precise yet unpredictable.