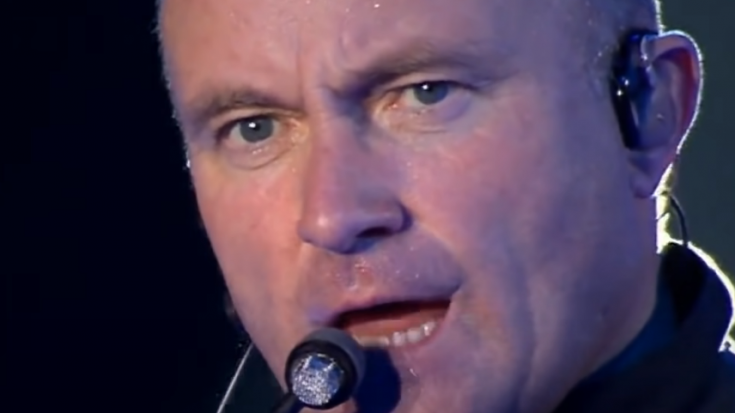 As he explored the world on his 2003 trip The First Final Farewell Tour, Phil Collins gave his melancholy classic “In the Air Tonight” the full treatment. Watch the video in full HD below.

Even though it had appeared for a long time that this would be his final solo tour, the clever title suggested otherwise. When the tour wrapped up though, he ended his 3rd marriage and began drinking heavily. Since the nerve damage rendered it nearly difficult for him to play the drums, he fell even farther into a state of depression.

Phil Collins’ divorce from first wife Andrea Bertorelli in 1980 inspired him to write “In the Air Tonight,” a song about his feelings of isolation and loss. Due in part to his marital separation, Gabriel took time off from Genesis in 1979, but the band reunited in October of the same year.

Collins’ “In the Air Tonight” is a classic and one of his most recognizable songs thanks in large part to the drum break at the song’s finale, which has been called “the sleekest, most operatic drum break in history.”

Here, Collins shows his true talent as a magnificent performer. Not only does he dress the part in all black, but right before the show’s signature drum break, he wanders slowly around the stage, adding to the air of menace.

You can watch it below.