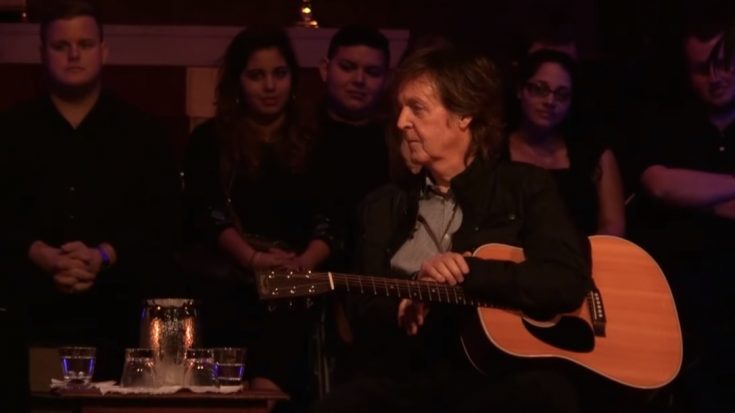 Sir Paul McCartney’s children’s book, High In The Clouds, is set for release on Netflix, the singer-songwriter announced himself.

The Beatles legend had tapped into Philip Ardagh and Geoff Dunbar in 2005 to help him write the story that revolves around a teenage squirrel named Wirral, who “finds himself pulled into a ramshackle gang of teenage rebels who live high in the clouds. After he accidentally antagonises Gretsch the owl, the tyrannical leader – and fabulous singer – who steals the voice of anyone who upstages her.”

The Netflix adaptation of the adventure novel will be co-produced by the streaming service and Gaumont, with original music by McCartney himself added into the mix. Oscar-nominee Timothy Reckart will be in charge of directing the screenplay written by Jon Croker.

The book’s preview reads: “To the creatures of the woodland, the land of Animalia sounds like a dream – a tropical island where all the animals live in harmony. They are overshadowed by a much more evil community: the polluted Megatropolis, whose dirty skyscrapers block the horizon. And then one day, Wirral the Squirrel’s woodland is destroyed by developers and he is thrown into the nightmare world of Megatropolis.”

Continuing the synopsis, “Wirral believes in Animalia and he joins with Froggo, a world-class amphibian balloonist, and Wilhamina, a girl squirrel, to lead the enslaved animals of the city to a new life. So begins an exciting adventure through the mean streets of Megatropolis, over the sea and through the sky.”

McCartney also said he was happy about the collaboration with the streaming giant, saying “We are thrilled to be partnering with Netflix. They complement what is already an amazing team with Gaumont, and we can think of no one better to be working with to bring our film to a global audience. I’ve always loved animated films. And this is a hugely important passion project for me. I can’t wait for the world to see it.”

Stay tuned in for the announcement of the project’s release date.