Paul McCartney Talks About Growing Up Musically, New York And Being A Genius 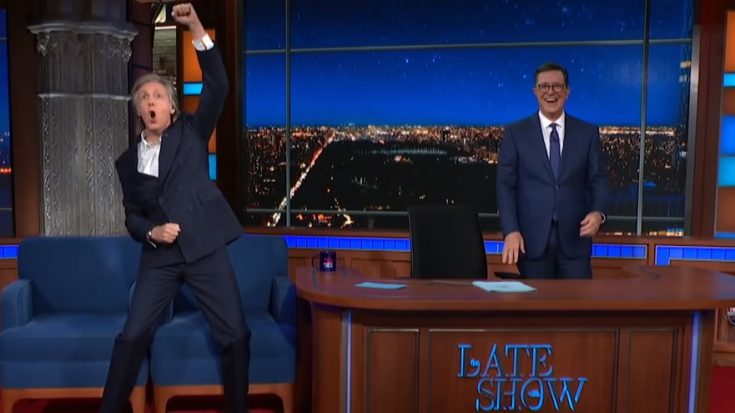 Paul McCartney is literally a living, walking, piece of musical history. The former Beatle has had a wonderful and fruitful career and life after his stint with the Fab Four. In an interview with Stephen Colbert’s The Late Show, McCartney reminisces his past with the band, especially on the late John Lennon.

The two Beatles members both lost their mothers as a teenager, and McCartney said that they “had a kind of bond that we both knew about that, we knew that feeling. And I never thought that it affected my music until years later.” He also explained that he didn’t intend for “Yesterday” to point towards his mother’s death, saying, “I certainly didn’t mean it to be. But it could be, you know those things can happen.”

He also said he dreamt a lot about Lennon, sharing that, “The thing is when you’ve had a relationship like that for so long, it was such a deep relationship. You know, I love it when people revisit you in your dreams. So, I often have band dreams and they’re crazy.” He disclosed a particular one with him trying to peel the sticky tape off his bass and talking to Lennon while doing so, saying, “I have a lot of dreams about John. And they’re always good.”

Watch Paul McCartney talk about the band’s extensive catalog and their first times in the business by clicking on the video below.