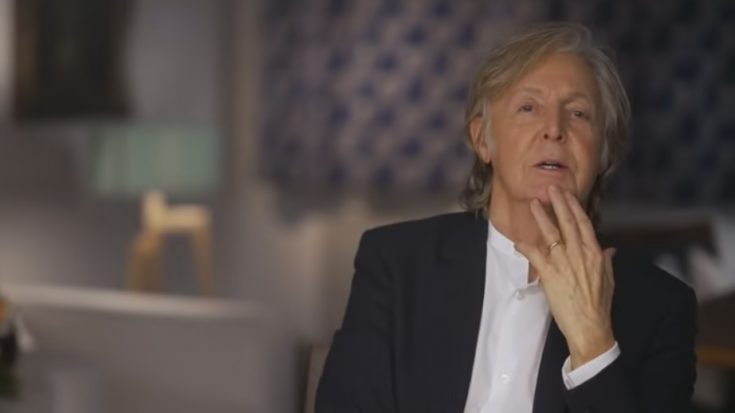 In an interview with CBS Sunday Morning on December 20, Paul McCartney revealed his thoughts about a handful of matters, including the possible reunion of the Beatles had John Lennon lived.

Forty years after Lennon was shot and killed outside of his Dakota Apartment, McCartney says he’s still unsure whether the band would have gotten together at all. “He was showing no signs of slowing up. You know, he was still making great music. The question is: Would we have ever got back together again? I don’t know. We don’t know,” he said.

He previously revealed in a 2012 interview that the Beatles were in the midst of reunion talks when Lennon was still alive. “There was talk of reforming The Beatles a couple of times, but it didn’t jell. There was not enough passion behind the idea. The reformation suggestions were never convincing enough. They were kind of nice when they happened. ‘That would be good, yeah,’ but then one of us would always not fancy it. And that was enough because we were the ultimate democracy,” he added.

The only time the Beatles, or what remained of them, gathered together, was in 1994 where they performed a medley of their songs that included  “Blue Moon of Kentucky,” “Thinking of Linking,” and “Raunchy.”

McCartney has also released his third eponymous album, McCartney III, and shared how he completed it amidst lockdown procedures. “It’s not like working with the band because I know what I want to hear, and I don’t even have to tell anyone. I just said, ‘Let’s do some drums.’ I’ll sit on the drums and I’ll think, ‘OK, I wanted doo doo doo … doo doo dah.’ So, it’s all in my head,” he shared.