Ozzy Osbourne Will Perform At The American Music Awards 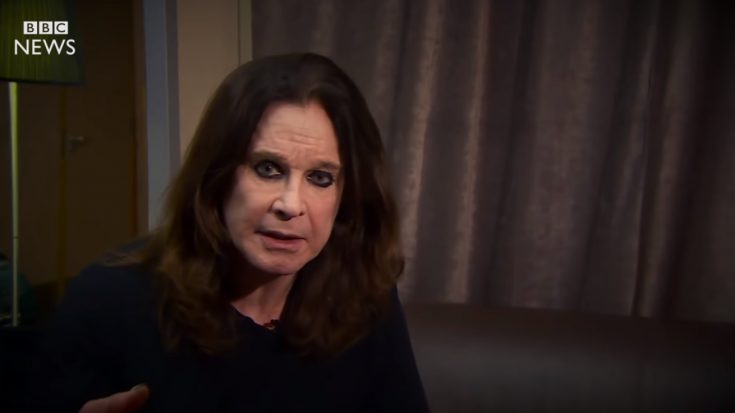 Ozzy being interviewed by the BBC - BBC News / Youtube

The Prince of Darkness will return to the stage at the American Music Awards, the first performance since he underwent his surgery. It will be on the 24th of November, where he will be joined by Post Malone and Travis Scott.

Ozzy revealed the news in a Facebook post, a photo of the three artists, and a caption that said, “We are taking to the #AMAs stage for the world TV premiere of ‘Take What You Want’ this Sunday, Nov. 24, at 8/7c at the American Music Awards on ABC!”

It can be noted that Ozzy had to postpone his 2019 dates and his 2020 tour earlier this year due to a terrible fall in his residence that dislodged the metal rod implants in his back due to another accident back in 2003. More than that, Ozzy was suffering from various health issues like pneumonia and a hand infection. He has reinstated his 2020 tour, however, kicking things off in May.

Ozzy will also be releasing a new LP titled Ordinary Man, which has GNR’s Duff McKagan and Red Hot Chili Peppers’ Chad Smith. The album was a result of his collaboration with Post Malone on the rapper’s new album, Hollywood’s Bleeding.

“After we finished that song, he said, ‘Would you be interested in starting an album? I said, ‘That would be fucking great,’ but now I am thinking I don’t want to be working in a basement studio for six months! And in just a short time, we had the album done. Duff and Chad came in, and we would go in and jam during the day, and I would go work out the songs in the evenings. I previously had said to Sharon I should be doing an album, but in the back of my mind I was going, ‘I haven’t got the fucking strength.’ But Andrew pulled it out of me. I really hope people listen to it and enjoy it, because I put my heart and soul into this album,” said Ozzy on how the album came to be.

We are taking to the #AMAs stage for the world TV premiere of “Take What You Want” this Sunday, November 24th at 8/7c at the American Music Awards on ABC!