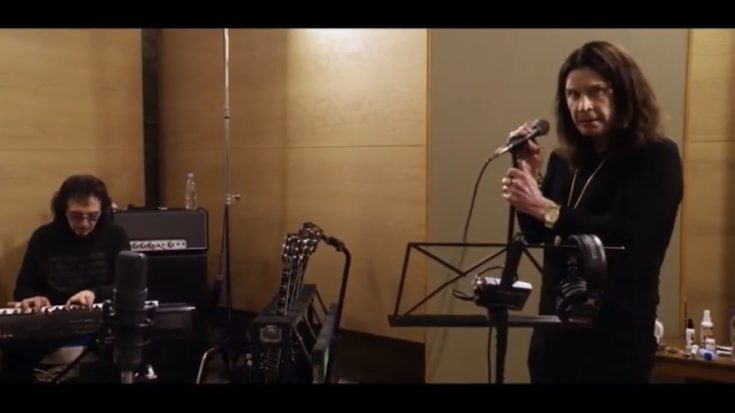 Ozzy Osbourne said he has never felt closer to fellow Black Sabbath member Tony Iommi as the guitarist has extended support to the Prince of Darkness over the past 18 months.

It’s no secret that Osbourne has been battling with several health issues in the past year or two, which has delayed the plans of his farewell tour even before the coronavirus pandemic blew up and made touring an impossible thing to do in the music industry.

Back in 2018, Ozzy had said that he wasn’t satisfied with Black Sabbath’s final tour, saying that he had received “bad vibes from them for being Ozzy.” Iommi said he was confused by the comment as he noted that the frontman had “seemed to enjoy it.”

A recent radio feature to commemorate the 40th anniversary of Ozzy’s solo debut effort, Blizzard of Ozz, had him share to 106.5 WSFL: “The Black Sabbath guys are never that far away from my thoughts, whether I like them today or not. Since I’ve been laid up these last 18 months, Tony Iommi has been such a support for me. So supportive. I’ve been closer to him in the last 18 months than I ever have been. … We never got on for years. But whatever he did before and whatever I did before … it’s so important that when you’re laid up, somebody cares enough to give you a thought. That’s all you need: a phone call or a text. It means the world.”


Iommi echoed Ozzy thoughts in a statement he made during April – when the pandemic was still peaking. “I’ve washed the car, cleaned the garage out, done all those little jobs that you realize needed doing, just like everyone else,” the guitarist noted. “It’s a bit like being on tour, without getting out to play. You’re stuck in the room each night. Neighbors have dropped a note through the door, asking if I want any shopping. They’re looking out for the poor old sod! I think this has brought us all closer. I’m even in touch with Ozzy every day as he gets over his own health problems in L.A.”