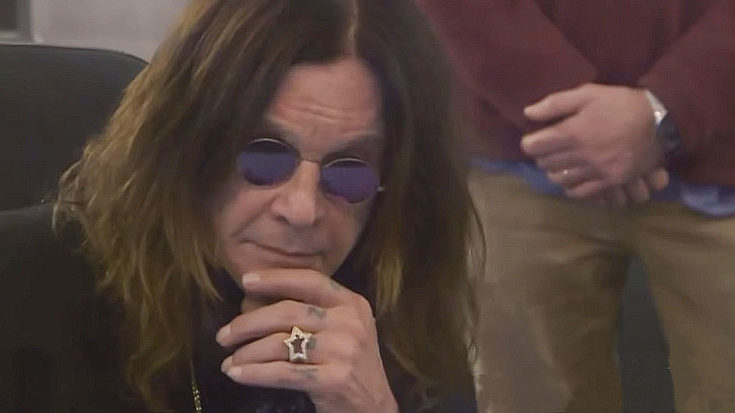 It’s hard to imagine there being anything left in the world that could throw Ozzy Osbourne for a loop – I mean once you’ve snorted ants, you’ve pretty much stared into the abyss – but on a recent adventure with his son Jack, life threw Ozzy a serious curveball as it landed him in the studio, staring at something he hadn’t seen or heard in years: his “Crazy Train” master tape.

Co-written by Osbourne and late guitarist Randy Rhoads, “Crazy Train” as a master tape hadn’t been heard by Ozzy since he actually recorded it in 1980. When Jack suggested he take a listen, he refuses and at first you assume it’s because as a rough mix it’s just a little too rough for Ozzy until he opens his mouth to speak and you realize that it’s not a matter of the mix being too rough – it’s a matter of bringing back memories of Randy Rhoads, who died two years after the song’s release.

Visibly shaken and more than a little amazed as he listens to “Crazy Train” and talks about his relationship with Randy, Ozzy’s trip down memory lane is a bittersweet one, giving fans and his own son an emotionally charged glimpse into parts of himself that no one is allowed to see. It’s clear that for Ozzy, “Crazy Train” isn’t just a song and the memories attached to its recording sessions are some of the fondest of his career – and we wouldn’t have it any other way.