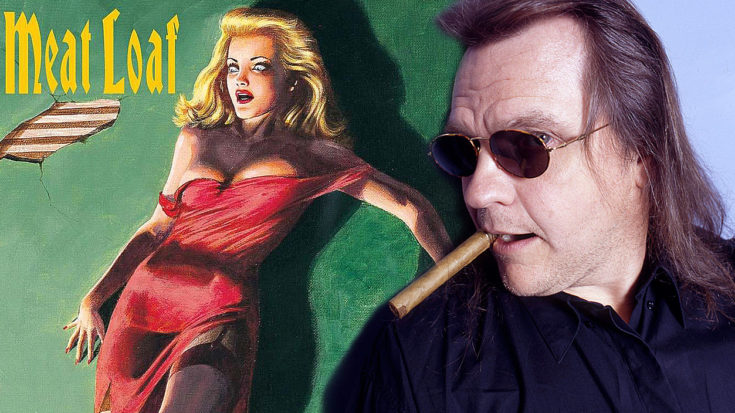 Marking his 7th studio album and follow-up to the 1993 release to ‘Bat Out Of Hell II: Back Into Hell’, Meat Loaf’s ‘Welcome to the Neighbourhood’ was released November 14th, 1995 – approximately 23 years ago.

‘Welcome to the Neighbourhood’ was written as a concept album that tells the story of a relationship as it progresses throughout the years. Stanley Kubrick’s ‘Lolita’ inspired the album artwork by Ricky Di Tommaso as well as the booklet inside.

Production for this album began in 1995. Such legendary musicians and producers as Ron Nevison, Sammy Hagar, Steven Van Zandt, and even Meat Loaf himself produced the album. As well as producing this album, Sammy and Steven contributed musically to this album. Sammy Hagar sang and played guitar on the song “Runnin’ for the Red Light (I Gotta Life)” as well as writing the song “Amnesty is Granted”. Steven Van Zandt also played guitar on “Runnin’ for the Red Light (I Gotta Life)”. Patti Russo also returned to lend her singing talents on two songs. “I’d Lie for You (And That’s the Truth)” and “If This Is the Last Kiss (Let’s Make It Last All Night)”.

Fun Fact: November 14th was also the same day that Meat Loaf embarked on the iconic ‘Bat Out Of Hell’ tour back in 1977!

‘Welcome to the Neighbourhood’ achieved international success throughout the 11 countries it was released in. The album snagged the top-10 slot in four different countries. And as an added bonus, many different radio stations were playing “Amnesty Is Granted” without it being released as an official single.

This album introduced an 12 amazing songs that Meat Loaf would go on to perform even 23 years later, so it goes without saying that we as fans couldn’t be anymore grateful that this album was made. Happy 23rd birthday, ‘Welcome to the Neighbourhood’!