Nick Mason Streams Live Performance Of 1971 Track, “One Of These Days” 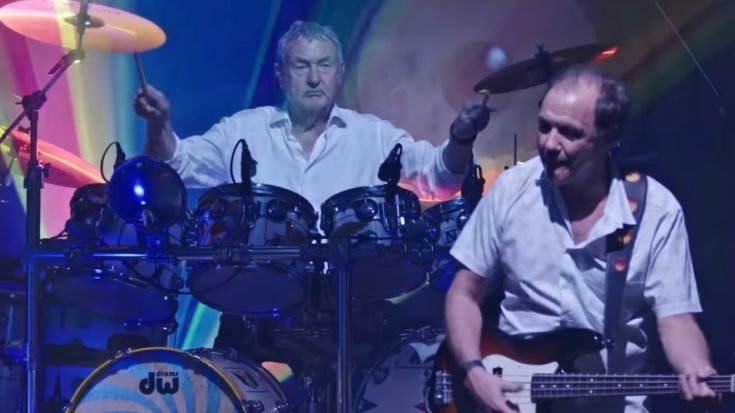 Nick Mason and his band, Saucerful of Secrets, are sharing a 2019 video performance of the Pink Floyd hit, “One of These Days”, as the latest peek into the nearing September 18 release of Live at The Roundhouse.

This concert staple and opening cut of the band’s 1971 album, Meddle, is an instrumental track that only features one spoken word passage by Mason himself.

Live At The Roundhouse features Mason’s band in concert at the London venue during the group’s first tour last spring, dishing out music from Pink Floyd’s early years, and were rarely performed by the band even then.

Way before the concert film’s release, Mason and the band have already teased the live package with performances of “Set The Controls for The Heart of The Sun”, “Fearless”, “Green Is The Colour”, “See Emily Play”, and “Astronomy Domine”.