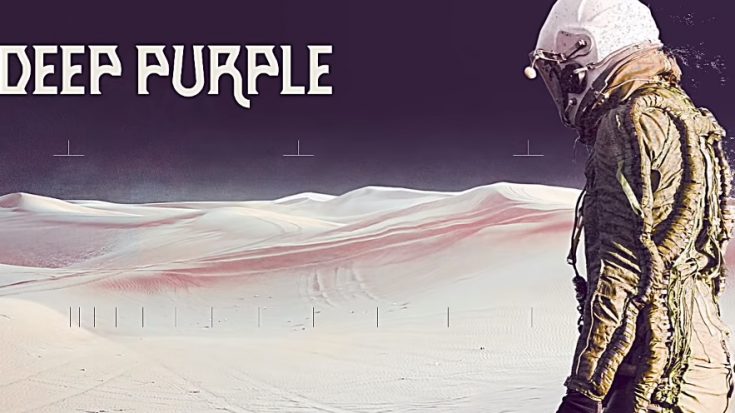 Deep Purple has just released its new single, “Man Alive”, as a part of their new album Whoosh!

In an interview with Billboard, frontman Ian Gillan said, “It’s an abstract concept. There was an apocalyptic quality to the (music of) ‘Man Alive’, and the idea developed lyrically from there — the scenario of this event that took place and everyone got killed, and you get this picture of ‘all creatures great and small grazed on blood red soil, and grass that grows on city streets.’ So it’s a post-humanity scenario. And then all of a sudden something’s washed up on the beach, and it turns out to be a man, and it’s the only living man — but it’s just a man, so…That’s the end of humanity, because what use is one man? That was the idea. If it was a painting, you’d call it impressionistic.”

This new single follows the first track “Throw My Bones” which was released in March as sneak peeks from the band’s 21st studio album, which succeeds 2017’s inFinite. The album was originally set to be released on June 12, but due to the coronavirus threat, it has been pushed back to August 7. The album has been recorded with the help of Bob Ezrin, a constant producing collaborator from the band’s previous releases.

Gillan was pleased with Deep Purple working together with Ezrin, saying, “We’ve developed complete trust in him, which is rare for an outsider who comes into a group that’s been together for so long. I remember very clearly Bob’s speech when we first met in Toronto; He wanted us to be like we are on stage and jam and improvise and make (songs) out of that and not worry about how long they are or any of those side issues. He was like, ‘Let’s do what Deep Purple does and it’ll all work out,’ and the results of that have become manifest.”

He also explained the album title’s meaning, sharing that: “Whoosh! is an onomatopoeic word that, when viewed through one end of a radio-telescope, describes the transient nature of humanity on Earth. And, through the other end from a closer perspective, illustrates the career of Deep Purple.”

In light of the current lockdown protocol delaying its release, Gillan said previously, “During my quarantine I’m listening to a lot of music and guessing that it’s the same for many of us during this scary disruption to our lives. We know, don’t we, that music will play a big part in our celebrations as we step back into the light.”