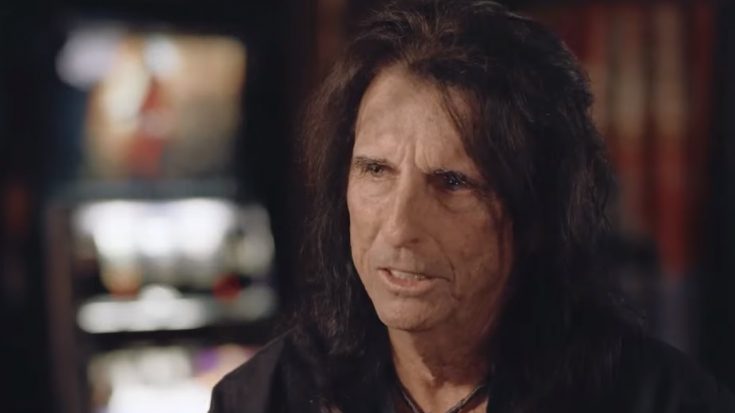 Shock rocker Alice Cooper is releasing a new song soon – and wants fans to be part of its music video!

Titled “Don’t Give Up”, the track will be up for grabs on May 15. As a part of its upcoming music video, Cooper is asking fans to submit pictures and videos of themselves brandishing words from the song’s lyrics. In a tweet, he wrote: “I know these times are hard, but there is hope. I wrote a new song, ‘Don’t Give Up’ and I want my minions to be a part of this special song!”

I know these times are hard, but there is hope. I wrote a new song, "Don't Give Up" & I want my minions to be a part of this special song!

Submit a photo of you holding a sign ft. a word from the lyrics & you could be in the final video. https://t.co/6UzLvFQ7It
#DontGiveUp pic.twitter.com/wlk0K0vNi1

To join in, fans are instructed to go to his official website, fill out a form, and upload their shots. There are instructions on how to shoot their images like lighting, resolution, and sign type, with the lyrics readily available for them to refer to.

As far as concerts go, Alice Cooper is one of the many rockers held hostage by the social distancing protocol, with his spring North American tour rescheduled to fall season. Cooper returned to his Arizona home, inviting his pregnant daughter and her husband to move in with him so they could spend the quarantine together.

In an interview with AZCentral, Cooper shared, “I said, ‘Why don’t you just stay here and we’ll keep it all in house?’ That makes it kinda nice, actually. In some ways, you kind of think it’s God’s way of telling everybody, ‘Slow down. Everybody get back with your families.’ … I am the glass-three-quarters-full guy. I look at things like this and go, Yeah, it’s a horrible thing. But there’s also another side to it of everybody kind of pulling together and at the same time, families sort of being forced to live with each and get reacquainted.”