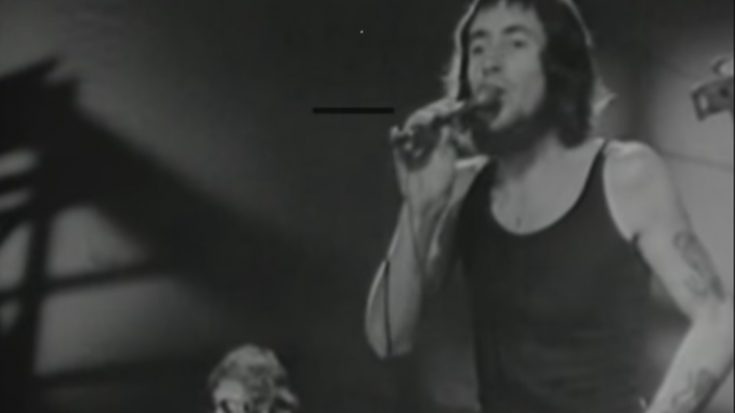 Bon Scott’s unreleased written music will be made available for purchase in a box set package later this month.

Scott was part of the band Fraternity for four years before he became the frontman of AC/DC. The band released two albums at the time, Livestock and Flaming Galah, but have also recorded enough songs to comprise a third record, Second Chance, which is related to the new set.

In a statement, the label said: “Scott’s tenure with Fraternity has been poorly documented on the reissue market. Half a century later, Seasons of Change finally seeks to amend this oversight. Curated in conjunction with surviving band members Bruce Howe, John Freeman, Sam See, John Bisset, Uncle John Eyers (and the estate of Mick Jurd) and their original manager Hamish Henry, this three-CD set seeks to offer the complete recorded output … utilizing the original master tapes and best possible remastering sources.”

There are also bonus tracks like a collaboration with Vince Lovegrove of the Valentines – Scott’s band prior to Fraternity – along with a recording of a performance that had Fraternity bag the title of Australia’s No. 1 band. Also included in the package are live songs, sleeve notes, and unreleased band photos.

Writer Victor Marshal, who discovered the material while researching about the group’s history, said: “It has been a dream come true to work with one of Australia’s most important pioneering pub-rock bands. This project could not have been possible without the generosity of the band. … I hope that all the members of Fraternity will finally receive the recognition they deserve and have their real story told.”

See the tracklisting for Bon Scott’s written music below.