Neil Young Will Be Releasing an Album With Crazy Horse! 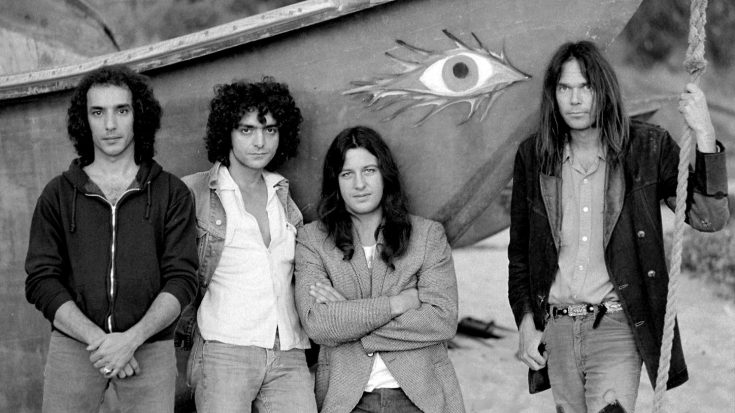 Celebrated rock creative Neil Young has some exciting news for us! Young and his band Crazy Horse are back for a new album. Longtime guitarist for the band Frank “Poncho” Sampedro is unable to join the band this time, and will be replaced by Nils Lofgren for their 11-track studio recording. This is the band’s comeback album after their last, Psychedelic Pill in 2012.

This revelation was Young’s reply to a fan letter he received, and teased the album with, “Crazy Horse is about to enter the studio with 11 new ones.”  Living up to his surname, Young showed the industry his newfound vigor by gathering Crazy Horse for a number of personal theatre performances in Cali last year. These was the first string of perfomances without Poncho Sampedro on board since he became part of the band in 1975.

To clear up matters regarding this, Sampedro addressed the issue in an interview with Uncut. “I’m 70 and I’m retired now and want to stay home. People say, ‘Isn’t it sad you’re not in Crazy Horse?’ I don’t think of it that way. I’ll always be in Crazy Horse,” Poncho Sampedro reassured.

Though this is exciting news, Neil Young hasn’t given a set date for the start of recording, and Nils Lofgren will be on a US tour this coming May. Neil Young will also be having his own tour this May as well, and will be playing across theatres in the Pacific Northwest. Afterwards, Young will then be heading to Europe in late June to play shows with American country rock band Promise of the Real, which will also include London and Kilkenny, Ireland gigs, with the iconic Bob Dylan joining them. All these activities might mean the album not seeing its conception until later this year.