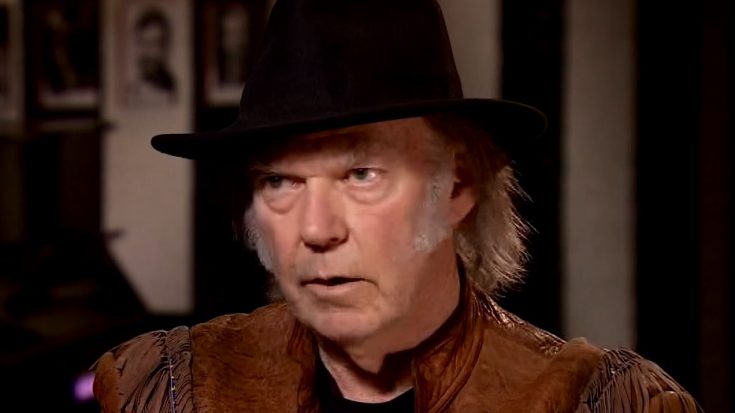 Folk rocker Neil Young performed a string of rare songs for the second episode of his new livestream series. “Fireside Sessions is back for more. Come hang out. Free to all during these times,” Young said.

All of the episodes will be filmed by Young’s wife, director, and actress Daryl Hannah. The footage was shot at the couple’s home in Telluride, Colorado.

According to Rolling Stone, the new episode has Young perform an Ian and Sylvia Tyson hit, “Four Strong Winds” outside his home before going back in to play the piano for his own hit, After The Gold Rush’s “Birds”. He returns to the six-string for 1974’s “On The Beach”, which was quite a rarity since this is the first time he’s done it on a solo acoustic performance since 2003.

He then proceeds with the 1974 outtake “Homefires”, followed by “Words” from Harvest. He concludes the episode with a performance of “Love and Only Love” from Ragged Glory, marking the first time ever that he’s done a solo acoustic performance on it. Watch the whole clip by clicking here.