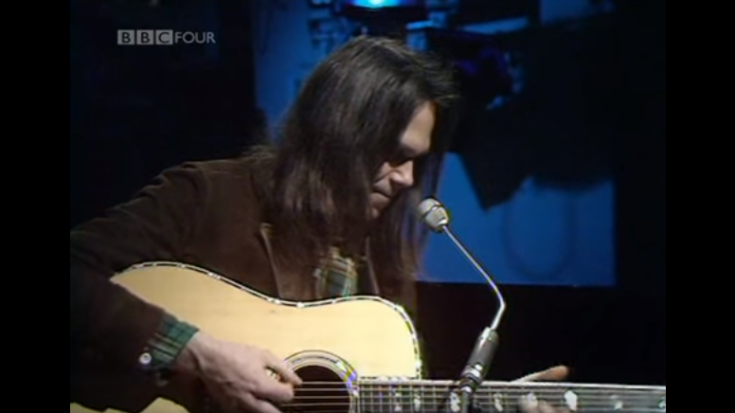 Right off the bat, we knew this was going to sound really good. It’s Neil Young at his absolute best. Perhaps the only thing we don’t like about this is that it has to end because seriously, we can put this on loop forever. It just gets to you. He was obviously on another level both as a musician and songwriter.

“About that time when I wrote (“Heart of Gold”), and I was touring, I had also—just, you know, being a rich hippie for the first time—I had purchased a ranch, and I still live there today. And there was a couple living on it that were the caretakers, an old gentleman named Louis Avila and his wife Clara. And there was this old blue Jeep there, and Louis took me for a ride in this blue Jeep. He gets me up there on the top side of the place, and there’s this lake up there that fed all the pastures, and he says, “Well, tell me, how does a young man like yourself have enough money to buy a place like this?” And I said, “Well, just lucky, Louie, just real lucky.” And he said, “Well, that’s the darnedest thing I ever heard.” And I wrote this song for him.” – Neil Young

That voice is so expressive and you can tell how much emotion he pours into every verse. Besides, it’s just him and his acoustic guitar and yet it feels like the whole world stopped to listen to him. What a splendid piece!