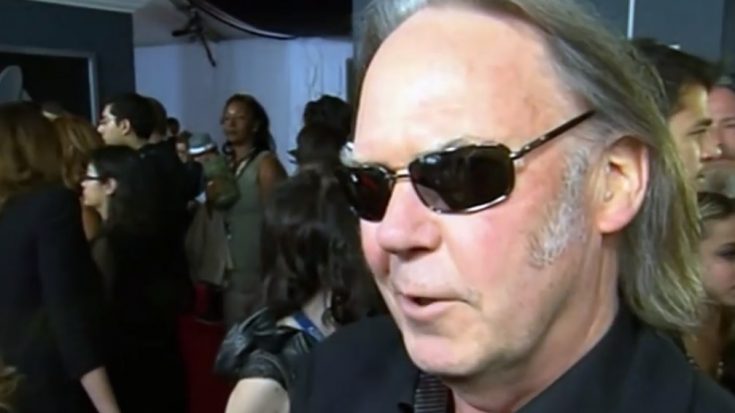 Neil Young finally fulfills his longtime dream of becoming a US Citizen.

Entertainment news outlet TMZ snagged a video of Young alighting from an escalator just outside Tom Bradley Hall at the Los Angeles Convention center, along with his wife, Daryl Hannah. The singer-songwriter was seen carrying his paperwork in hand while waving a small American flag on the other.

The Canadian-born rocker has lived in California since the 60s and applied for dual citizenship last year. “I’m still a Canadian, there’s nothing that can take that away from me,” Young said. He ran into some delays, however. “When I recently applied for American citizenship, I passed the test. It was a conversation where I was asked many questions. I answered them truthfully and passed. Recently, however, I have been told that I must do another test, due to my use of marijuana and how some people who smoke it have exhibited a problem,” he shared.

“I sincerely hope I have exhibited good moral character and will be able to vote my conscience on Donald J. Trump and his fellow American candidates,” Young concluded.